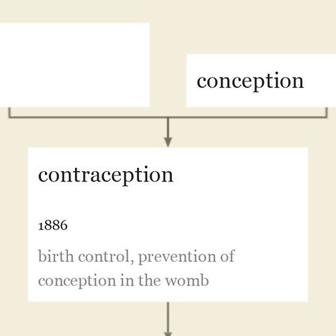 "previous caution, prudent foresight (to prevent mischief or secure good results); a measure taken beforehand, an act of foresight," c. 1600, from French précaution (16c.) and directly from Late Latin praecautionem (nominative praecautio) "a safeguarding," noun of action from past-participle stem of Latin praecavere "to guard against beforehand," from prae "before" (see pre-) + cavere "to be one's own guard" (see caution (n.)). In mid-20c. a euphemism for "contraception." The verb meaning "to warn (someone) in advance" is from c. 1700.

perennial herb native to northern Eurasia, mid-13c., from Old French tanesie (13c., Modern French tanaisie), from Vulgar Latin *tanaceta (neuter plural mistaken for fem. singular), from Late Latin tanacetum "wormwood," from shortened form of Greek athanasia "immortality," from athanatos "immortal," from a- "not," privative prefix, + thanatos "death" (see thanatology). So called probably for its persistence. English folklore associates it with pregnancy, either as an aid to contraception or to provoke miscarriage.

"first part of the day" (technically from midnight to noon), late 14c., a contraction of mid-13c. morwenynge, moregeninge, from morn, morewen (see morn) + suffix -ing, on pattern of evening. Originally the time just before sunrise.

As an adjective from 1530s; as a greeting by 1895, short for good morning. Morning after in reference to a hangover is from 1884; in reference to a type of contraception, attested by 1967. Morning sickness as a symptom of pregnancy is from 1793 (Old English had morgenwlætung). Morning glory, the twining plant, is from 1814, so called because the colorful trumpet-shaped flowers open only in the early morning. Morning star "Venus in the east before sunrise" is from 1530s (Old English had morgensteorra "morn-star").