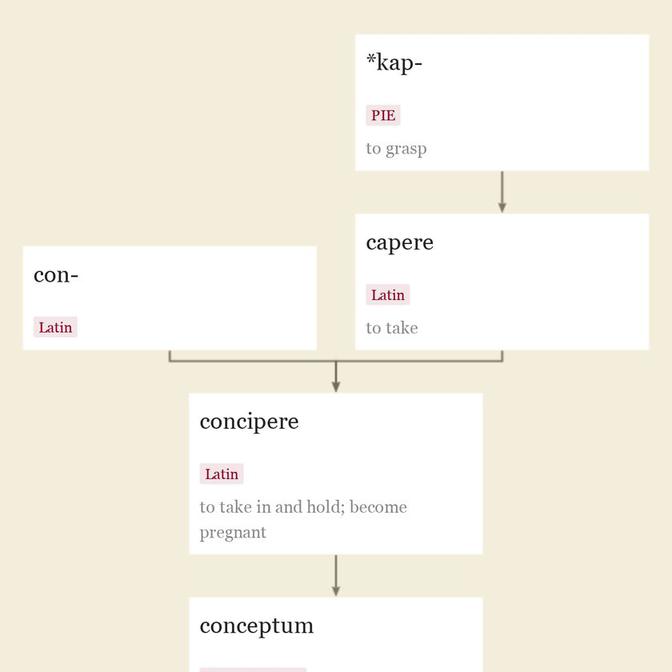 "a general notion, the immediate object of a thought," 1550s, from Medieval Latin conceptum "draft, abstract," in classical Latin "(a thing) conceived," from concep-, past-participle stem of concipere "to take in and hold; become pregnant," from con-, here perhaps an intensive prefix (see con-), + combining form of capere "to take" (from PIE root *kap- "to grasp"). In some 16c. cases a refashioning of conceit, perhaps to avoid negative connotations that had begun to cling to that word.

also self concept, in psychology, "a person's idea of himself," 1921, from self + concept.

"immediate object in perception," 1837, from Latin perceptum "(a thing) perceived," noun use of neuter past participle of percipere "to perceive" (see perceive). Formed on model of concept.

1610s, "action of making real, a bringing or coming into existence;" see realize + -ation. Meaning "action of forming a clear concept, perception of the real existence of something" is from 1828. Related: Realizational.

1846, "mental act of materializing (a person or concept), objectivization, the regarding or treating of an idea as a thing," from Latin re-, stem of res "thing" (see re), + -fication "a making or causing." In Marxist writing, "depersonalization," translating German Verdinglichung.