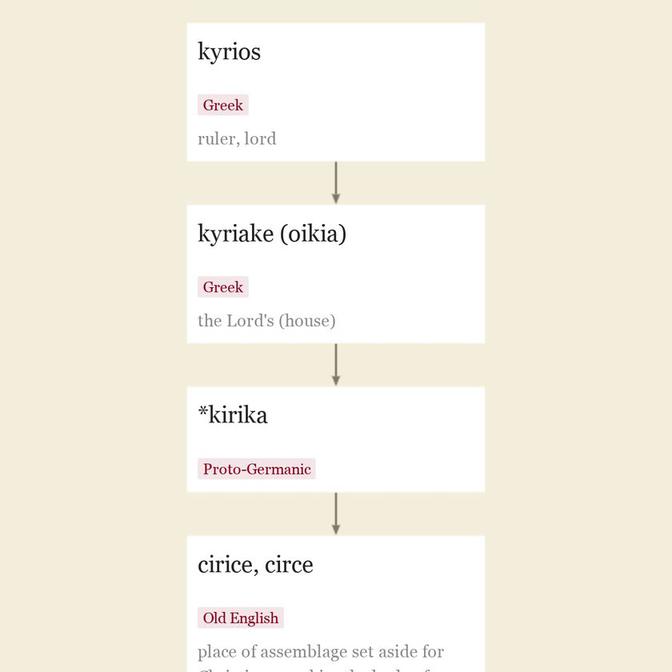 "habitually attending church," 1540s, from the verbal phrase; go to church for "attend divine service in a religious building" is from late 12c. Late Old English had church-gang for "attendance at church." Related: Church-goer.

1842, in reference to the alphabet adopted by Slavic people belonging to the Eastern Church, from St. Cyril, 9c. apostle of the Slavs, who supposedly invented it. The alphabet replaced earlier Glagolitic. The name Cyril is Late Latin Cyrillus, from Greek Kyrillos, literally "lordly, masterful," related to kyrios "lord, master" (see church).

It is believed to have superseded the Glagolitic as being easier both for the copyist to write and for the foreigner to acquire. Some of its signs are modified from the Glagolitic, but those which Greek and Slavic have in common are taken from the Greek. It was brought into general use by St. Cyril's pupil, Clement, first bishop of Bulgaria. The Russian alphabet is a slight modification of it. [Century Dictionary]