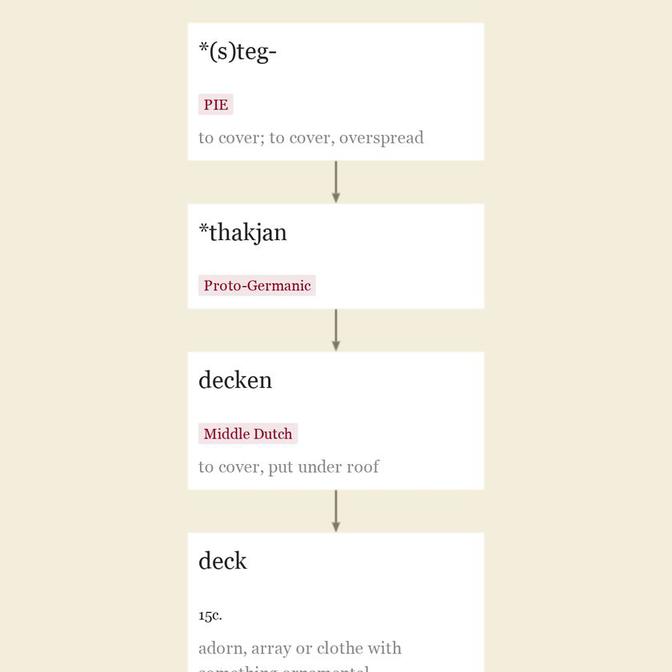 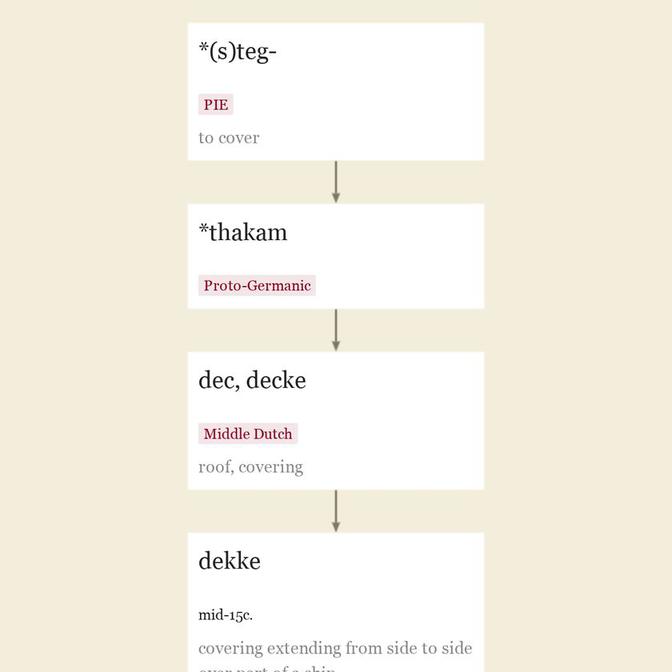 1620s, "the part of the spar-deck of a man-of-war between the poop and the main-mast," originally "a smaller deck above the half-deck," covering about a quarter of the vessel [OED], from quarter (n.1).

"It is used as a promenade by the officers only" [Century Dictionary], hence the colloquial nautical noun quarter-decker (by 1867) "an officer who is more looked upon as a stickler for small points of etiquette than as a thorough seaman."

"stern or aftermost deck of a ship," c. 1400, from Old French poupe "stern of a ship" (14c.), from Old Provençal or Italian poppa, from Latin puppis "poop, stern," a word of uncertain origin. Also "a deck above the ordinary deck on the aftermost part of a ship." As a verb, "to break heavily over the stern of a ship" (of waves, etc.). Poop deck is attested by 1779.