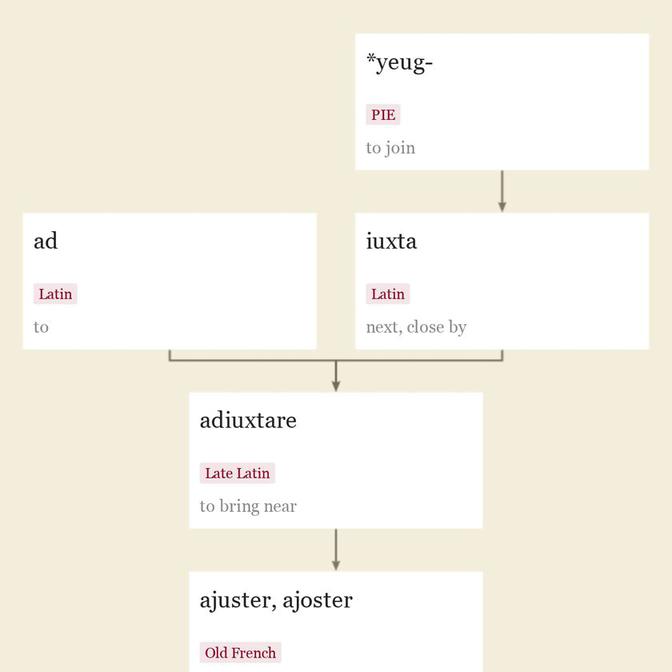 "capable of being adjusted," 1775, from adjust + -able. Related: Adjustably; adjustability.

"a making fit or conformable; the act of adapting to a given purpose; orderly regulation or arrangement," 1640s, from French ajustement (Old French ajostement) or else a native formation from adjust (v.) + -ment.