late 14c., "charge of wrongdoing," from Old French acusacion "charge, indictment" (Modern French accusation) or directly from Latin accusationem (nominative accusatio) "formal complaint, indictment," noun of action from past-participle stem of accusare "call to account, make complaint against," from ad causa, from ad "with regard to" (see ad-) + causa "a cause; a lawsuit" (see cause (n.)). Meaning "that which is charged (against someone)" is from early 15c.

"the meeting of an accusation by a counter-accusation," 1610s, from French récrimination, from Medieval Latin recriminationem (nominative recriminatio), noun of action from past participle stem of recriminari "to make charges against" (see recriminate). 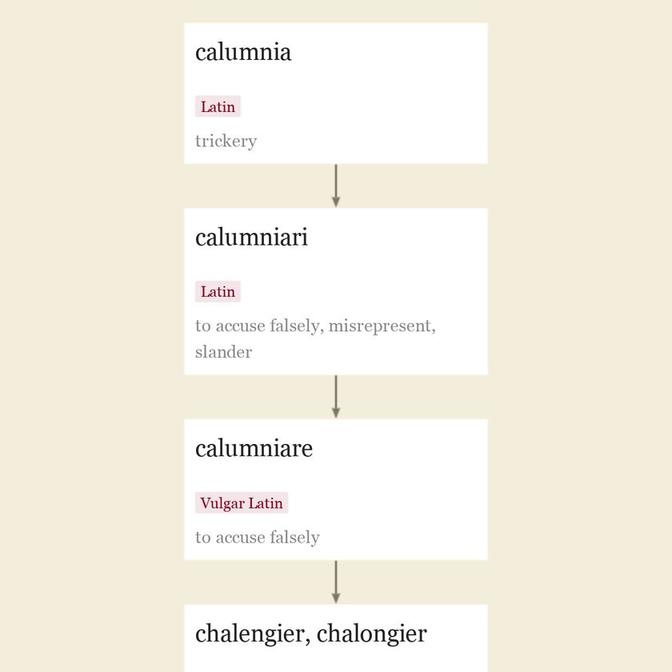 Then felt I like some watcher of the skies

When a new planet swims into his ken;

He stared at the Pacific—and all his men

Look'd at each other with a wild surmise—

Silent, upon a peak in Darien.

"act of exonerating or of discharging or freeing; state of being discharged or freed from an accusation, obligation, debt, etc.," 1630s, from Late Latin exonerationem (nominative exoneratio) "an unloading, lightening," noun of action from past-participle stem of exonerare "free from a burden" (see exonerate).