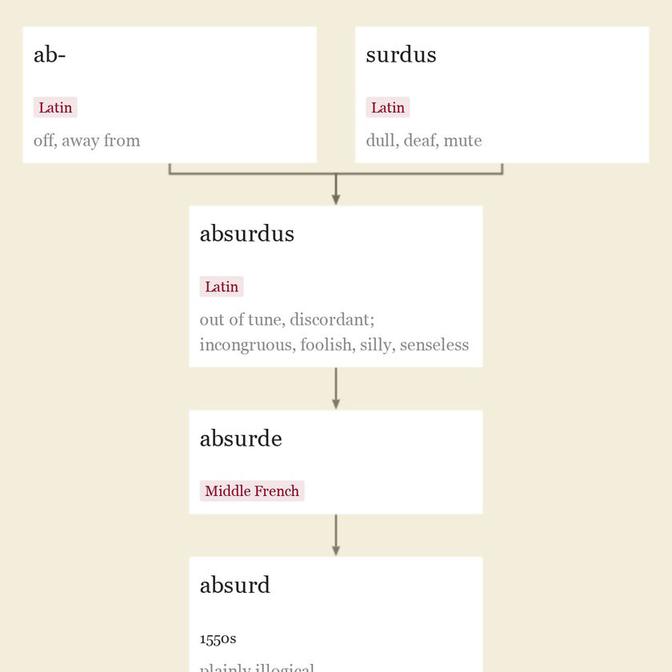 Latin, literally "reduction to the absurd." Absurdum is neuter of absurdus. See reduction + absurd. The tactic is useful and unobjectionable in proofs in geometry.

The meaning "having a whirling sensation" is from c. 1400; that of "giddy, thoughtless, heedless," is from c. 1500 and seems to merge the two earlier meanings. Used of the "foolish virgins" in early translations of Matthew xxv; used especially of blondes since 1870s. Related: Dizzily.

"of the nature of nonsense, absurd, foolish," 1650s, from nonsense + -ical. Related: Nonsensically.

1670s, "absurd thing, object of mockery or contempt;" 1680s, "words or actions meant to invoke ridicule or excite laughter at someone's expense," from French ridicule, noun use of adjective (15c.), or from Latin ridiculum "laughing matter, a joke, a jest," noun use of neuter of ridiculus "laughable, funny, absurd," from ridere "to laugh" (see risible).

"He who brings ridicule to bear against truth, finds in his hand a blade without a hilt." [Walter Savage Landor, "Imaginary Conversations"]