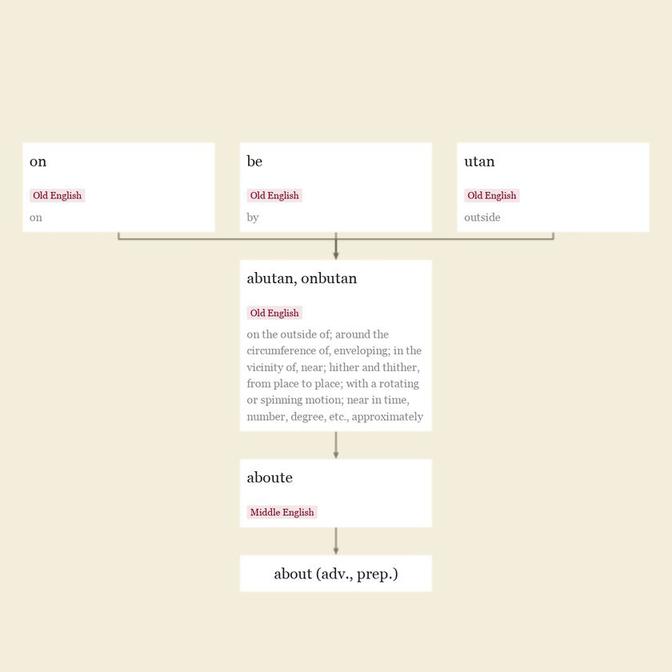 1540s, in reference to persons, "a vagabond, a tramp," from the verbal phrase; see run (v.) + about (adv.). From 1890 as a small, light type of carriage; later extended to automobiles, light aircraft, small boats.

"common deck hand, wharf worker," 1868, American English, perhaps from roust + about. But another theory connects it to British dialect rousing "rough, shaggy," a word associated perhaps with rooster. Meanwhile, compare rouseabout "a restless, roaming person" (1746), which seems to have endured in Australian and New Zealand English. With extended senses in U.S., including "circus hand" (1931); "manual laborer on an oil rig" (1948).