The spr- forms were extinct in English by 1200. Meaning "address delivered to an audience" first recorded 1580s.

And I honor the man who is willing to sink

Half his present repute for the freedom to think,

And, when he has thought, be his cause strong or weak,

Will risk t' other half for the freedom to speak,

Caring naught for what vengeance the mob has in store,

Let that mob be the upper ten thousand or lower.

But when men have realized that time has upset many fighting faiths, they may come to believe even more than they believe the very foundations of their own conduct that the ultimate good desired is better reached by free trade in ideas — that the best test of truth is the power of the thought to get itself accepted in the competition of the market, and that truth is the only ground upon which their wishes safely can be carried out. That, at any rate, is the theory of our Constitution. It is an experiment, as all life is an experiment. ... I think that we should be eternally vigilant against attempts to check the expression of opinions that we loathe and believe to be fraught with death, unless they so imminently threaten immediate interference with the lawful and pressing purposes of the law that an immediate check is required to save the country. [Oliver Wendell Holmes Jr., dissent to "Abrams v. United States," 1919] 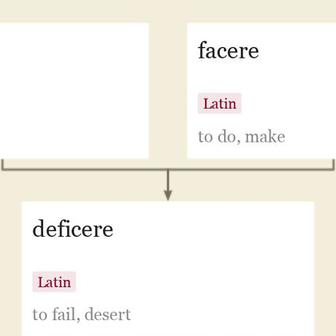 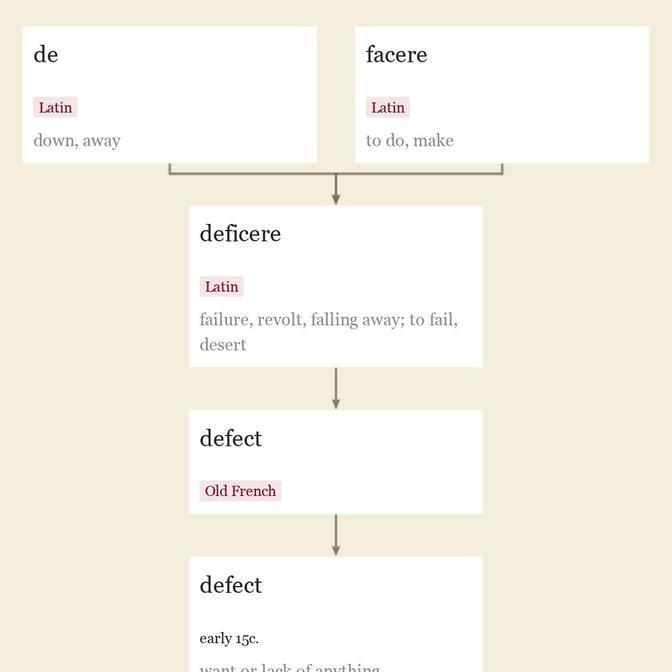 early 15c., "want or lack of anything," especially lack of something essential to perfection or completeness, from Old French defect and directly from Latin defectus "failure, revolt, falling away," noun use of past participle of deficere "to fail, desert," from de "down, away" (see de-) + combining form of facere "to do, make" (from PIE root *dhe- "to set, put").

"a word viewed as a constituent member of a sentence," c. 1500, translating Latin pars orationis (see parse). The parts of speech are: Noun, adjective, pronoun, verb, adverb, preposition, conjunction, and interjection. Sometimes article and participle are counted among them.

"defect of sustenance from imperfect assimilation of food," 1843, from mal- + nutrition.