late Old English, "act of giving way and falling down" (a sense now obsolete), from Latin ruina "a collapse, a rushing down, a tumbling down" (source also of Old French ruine "a collapse," Spanish ruina, Italian rovina), which is a derivative of ruere "to rush, fall violently, collapse" (from PIE *reue- (2) "to smash, knock down, tear out, dig up;" see rough (adj.)).

The sense of "descent from a state of prosperity, degradation, downfall or decay of a person or society" is from late 14c. The general meaning "violent or complete destruction" (of anything), "a profound change so as to unfit a thing for use" (of one's principles, one's shirt, etc.) is by 1670s; the sense of "that which causes destruction or downfall" is from early 15c. The meaning "dishonor," of a woman, is from 1620s. Ruins "remains of a decayed building or town" is from mid-15c.; the same sense was in the Latin plural noun.

1580s, "reduce (a place) to ruin," transitive, from ruin (n.) or from French ruiner (14c.). From 1610s as "inflict disaster upon" (someone). The meaning "bring to ruin, damage essentially and irreparably" is by 1650s. The intransitive sense of "fall into ruin" is from c. 1600, now rare or obsolete. The financial sense of "reduce to poverty, wreck the finances of" is attested from 1650s. Related: Ruined; ruining.

"act of bringing to ruin, state of being brought to ruin," 1660s, noun of action or state from the now rare or obsolete verb ruinate "to go to ruin" (1540s), which is from Medieval Latin ruinatus, past participle of ruinare, from Latin ruina (see ruin (n.)).

ruination is not, like flirtation, floatation, & botheration, a hybrid derivative, being regularly formed from ruinate ; but it now has the effect of a slangy emphatic lengthening of the noun ruin ; this is only because the parent verb ruinate, which was common in serious use 1550-1700, is no longer heard ; but the result is that ruination is better avoided except in facetious contexts. [Fowler, 1926]

"to ruin or disable deliberately and maliciously," 1912, from sabotage (n.). Related: Sabotaged; sabotaging.

1560s, "to bring (a building) to ruin, bring into a ruinous condition by misuse or neglect," from Latin dilapidatus, past participle of dilapidare "to squander, waste," originally "to throw stones, scatter like stones," from dis- "asunder" (see dis-) + lapidare "throw stones at," from lapis (genitive lapidis) "stone" (see lapideous). Perhaps the English word is a back-formation from dilapidation. Intransitive sense of "fall into total or partial ruin" is from 1712. 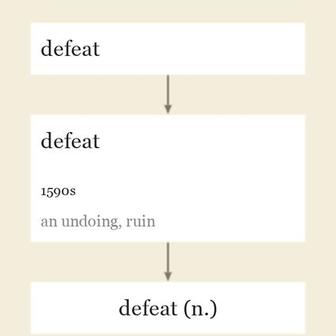