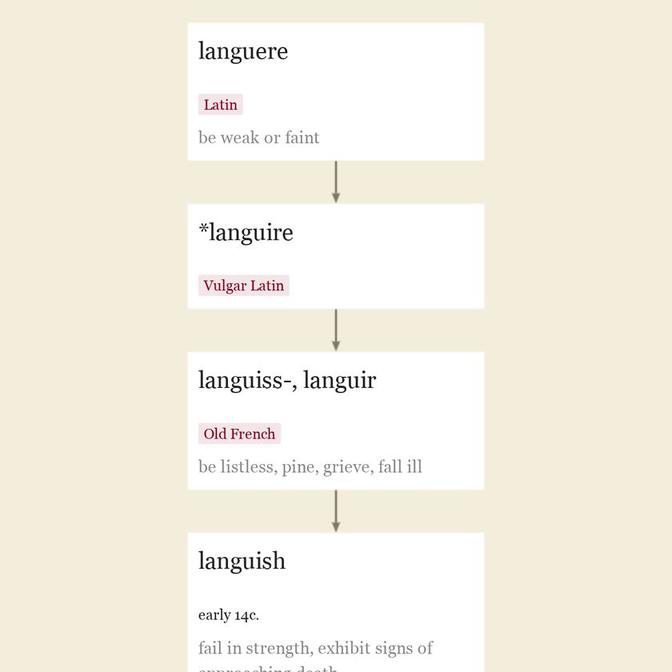 The intransitive sense of "to languish, waste away, be consumed with grief or longing," the main modern meaning, is recorded from early 14c., via the Middle English intransitive senses of "endure penance, torment oneself; endure pain, suffer." Related: Pined; pining.