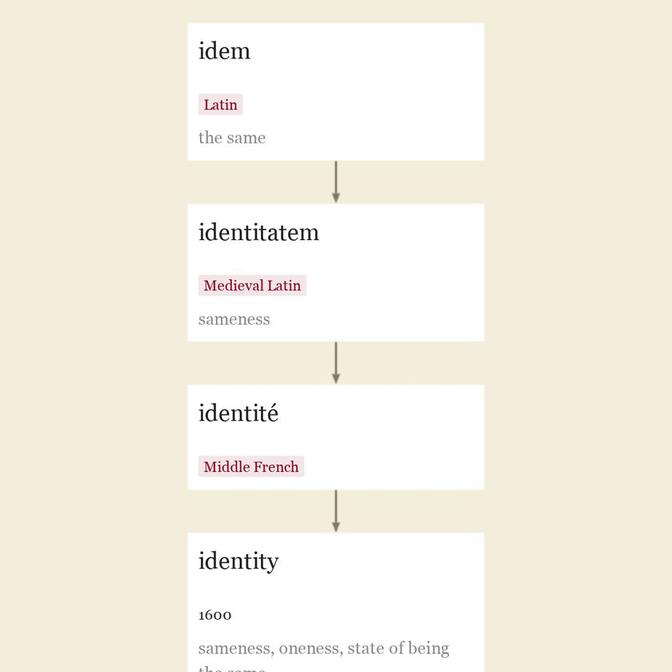 1640s, "treating of a thing as the same as another; act of making or proving to be the same," from French identification, probably from identifier (see identify). Psychological sense of "becoming or feeling oneself one with another" is from 1857. Meaning "act or process of determining the identity of something" is from 1859. Meaning "object or document which marks identity" is from 1947 (short for identification tag, card, etc.).

1640s, "regard as the same," from French identifier, from identité (see identity). Sense of "determine the identity of, recognize as or prove to be the same" first recorded 1769. Meaning "make one (with), associate (oneself), regard oneself as being the essence of" is from 1780. Sense of "serve as means of identification" is attested by 1886. Related: Identified; identifying.

early 15c., occultacioun, "disguise or concealment of identity," from Latin occultationem (nominative occultatio), noun of action from past-participle stem of occultare "to hide, conceal," frequentative of occulere "to cover over, conceal" (see occult).