Celtic origins also have been proposed. The English usage is as old as the French, and perhaps there was a native Old English *hyrtan, but it has not been recorded.

Passive (intransitive) use "feel or experience pain" has been occasional in modern English; current usage dates from c. 1902. Meaning "to be a source of pain" (of a body part) is from 1850. Sense of "knock" died out 17c., but compare hurtle (v.). To hurt (one's) feelings attested by 1779. Other Germanic languages tend to use their form of English scathe in this sense (Danish skade, Swedish skada, German schaden, Dutch schaden). 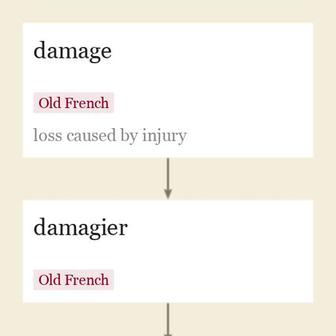