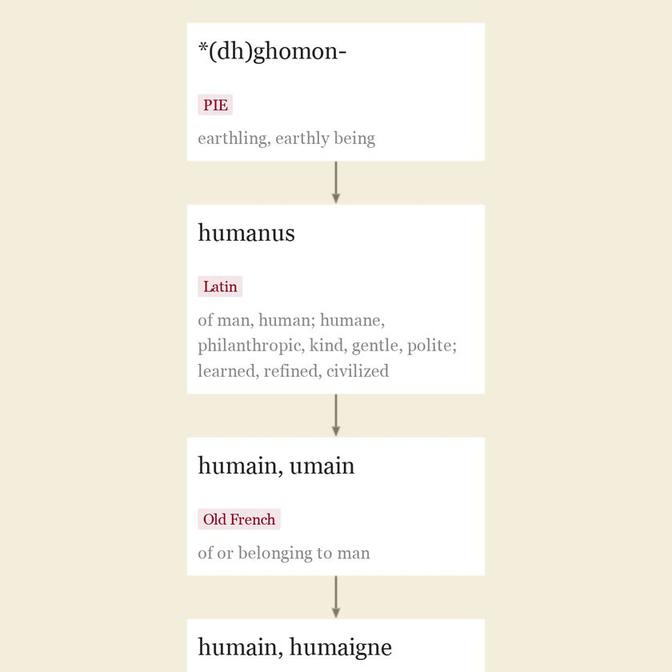 "a human being," 1530s, from human (adj.). Its Old English equivalent, guma, survives only in disguise in bridegroom.

The linear measure was in Old English (the exact length has varied over time), this being considered the length of a man's foot; a unit of measure used widely and anciently. In this sense the plural is often foot. The current inch and foot are implied from measurements in 12c. English churches (Flinders Petrie, "Inductive Metrology"), but the most usual length of a "foot" in medieval England was the foot of 13.2 inches common throughout the ancient Mediterranean. The Anglo-Saxon foot apparently was between the two. All three correspond to units used by the Romans, and possibly all three lengths were picked up by the Anglo-Saxons from the Romano-Britons. "That the Saxon units should descend to mediæval times is most probable, as the Normans were a ruling, and not a working, class." [Flinders Petrie, 1877]. The medieval Paul's Foot (late 14c.) was a measuring standard cut into the base of a column at the old St. Paul's cathedral in London. The metrical foot (late Old English, translating Latin pes, Greek pous in the same sense) is commonly taken to represent one rise and one fall of a foot: keeping time according to some, dancing according to others.