mid-15c., "capable of being begotten, that may be produced," from Latin generabilis, from generare "to bring forth" (see generation). 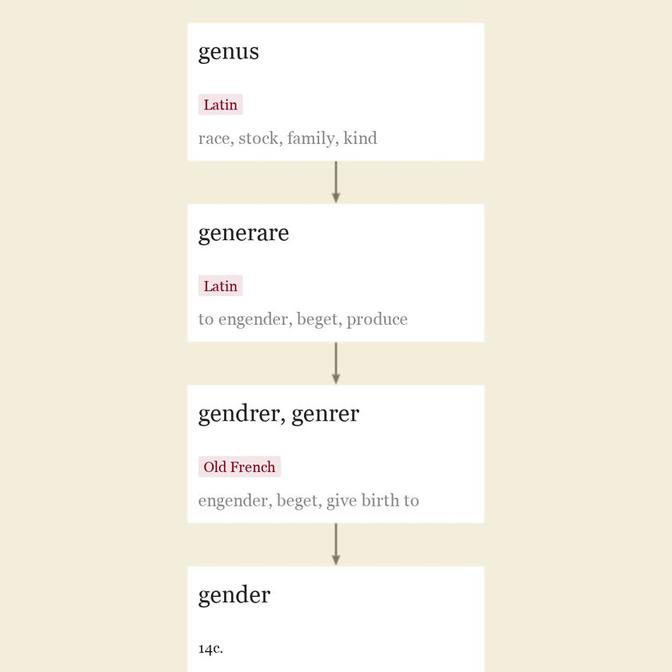 1640s, "person who begets, causes, or produces," from Latin generator "a begetter, producer," agent noun from past participle stem of generare "to bring forth" (see generation). Meaning "machine that generates power" first recorded 1794; sense of "machine that generates electric energy" is from 1879. Fem. generatrix attested from 1650s.

c. 1500, "to beget" (offspring), a back-formation from generation or else from Latin generatus, past participle of generare "to beget, produce," from genus "race, kind" (from PIE root *gene- "give birth, beget," with derivatives referring to procreation and familial and tribal groups). In reference to natural forces, conditions, substances, etc., from 1560s. Related: Generated; generating.