1570s, from French équipage (15c.), from équiper "to fit out" (see equip). Now largely replaced by equipment. In 18c. often especially tweezers, a toothpick, earpick, nail-cleaner, etc., carried on the person in a small case. 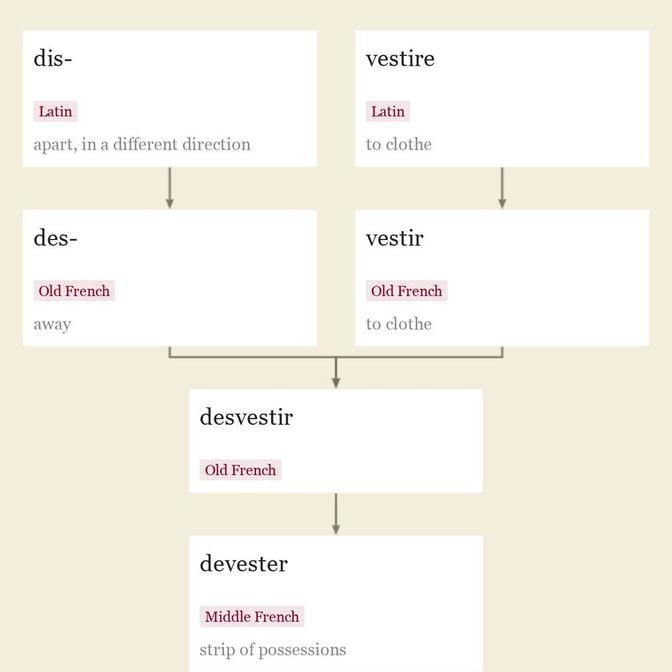 The etymological sense of "strip of clothes, arms, or equipage" is from 1580s. Meaning "strip by some definite or legal process" is from 1570s. Economic sense "sell off (a subsidiary company, later an investment) is by 1961. Related: Divested; divesting.