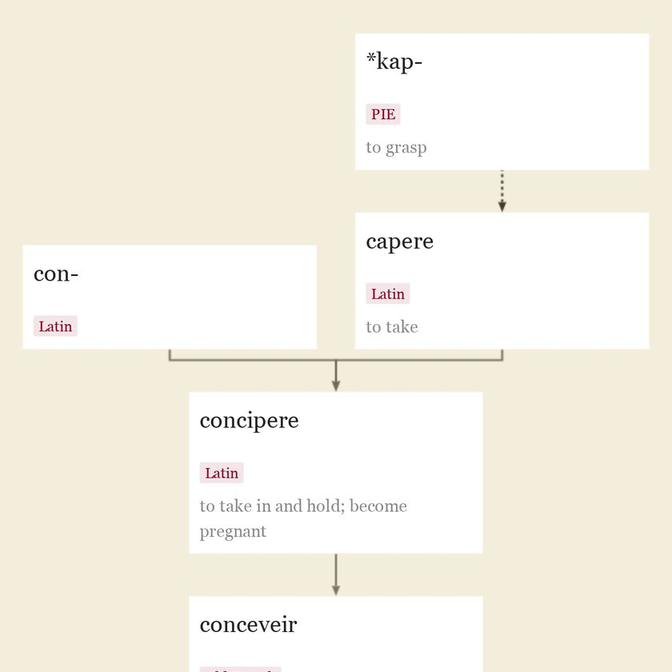 "form a conception, notion, or idea of in advance of actual knowledge," 1570s, from pre- "before" + conceive. Related: Preconceived; preconceiving; preconceit.

"pertaining to mental conception," 1820 (there is an isolated use from 1662), from Medieval Latin conceptualis, from Latin conceptus "a collecting, gathering, conceiving," past participle of concipere "to take in" (see conceive). Perhaps it emerged to go with the distinctly mental sense of conception, as it seems rarely, if ever, to have been used in the physical sense. Conceptional "pertaining to or having the nature of (physical) conception" is from 1832.

Bammesberger ("English Etymology") explains that in Germanic -kt- generally shifted to -ht-, and a nasal before -ht- was lost. Proto-Germanic *thankija- added a suffix -t in the past tense. By the first pattern the Germanic form was *thanht-, by the second the Old English was þoht.