1530s, "action of battering," in law, "the unlawful beating of another," from French batterie, from Old French baterie "beating, thrashing, assault" (12c.), from batre "to beat," from Latin battuere (see batter (v.)).

The meaning shifted in French from "bombardment" ("heavy blows" upon city walls or fortresses) to "unit of artillery" (a sense recorded in English from 1550s). The extension to "electrical cell" (1748, in Ben Franklin) is perhaps from the artillery sense via notion of "discharges" of electricity. In Middle English, bateri meant only "forged metal ware." In obsolete baseball jargon battery was the word for "pitcher and catcher" considered as a unit (1867, originally only the pitcher). 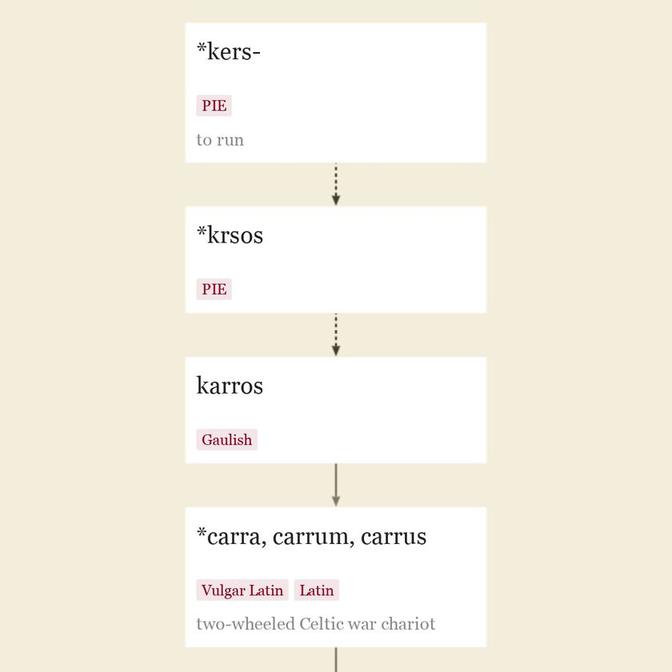 also carwash, by 1924, "act of washing an automobile," also "commercial establishment where an automobile can be washed," from car (n.) + wash (n.).

"car on a cable railroad," 1879, from cable (n.) + car. A streetcar moved by an endless cable which is cased in a small tunnel under the railway and kept in motion by a remote stationary engine.

also carpool, "the sharing of a car ride by more than one person going to the same destination," 1942, American English, from car + pool (n.2). As a verb from 1962. Related: Carpooled; carpooling.