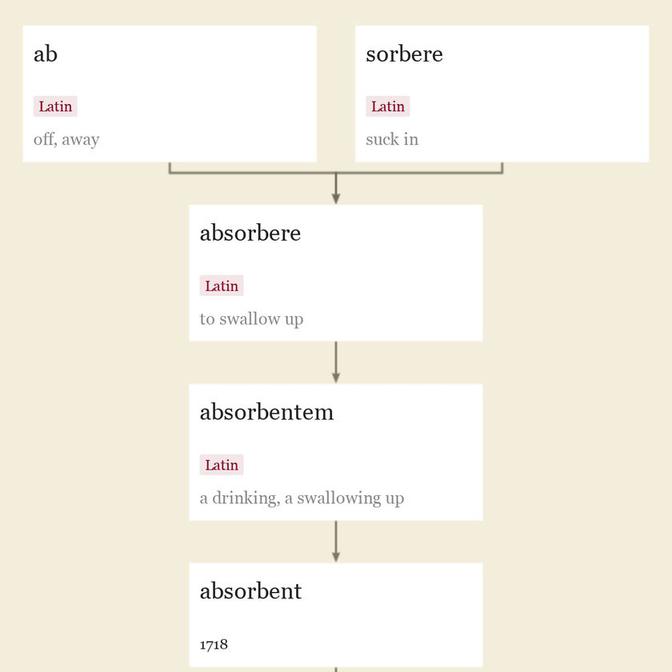 "absorbing or capable of absorbing," 1718, from Latin absorbentem (nominative absorbens) "a drinking," present participle of absorbere "swallow up" (see absorb). Also from 1718 as a noun, "anything which absorbs." 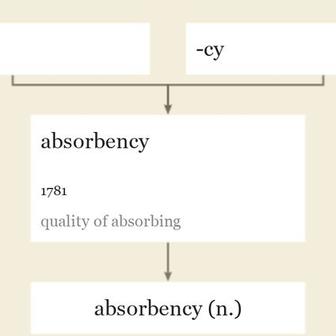 powerful explosive consisting of a mixture of nitroglycerine with an absorbent, 1867, from Swedish dynamit, coined 1867 by its inventor, Swedish chemist Alfred Nobel (1833-1896), from Greek dynamis "power" (see dynamic (adj.)) + -ite (2). Figurative sense of "something potentially dangerous" is from 1922. Positive sense of "dynamic and excellent" by mid-1960s, perhaps originally African-American vernacular.

early 15c., "piece of felt through which liquid is strained," from Old French feutre "felt, felt hat, carpet" (Modern French filtre) and directly from Medieval Latin filtrum "felt" (used to strain impurities from liquid), from West Germanic *filtiz (from PIE root *pel- (5) "to thrust, strike, drive"). Figurative use from c. 1600. As a pad of absorbent material attached to a cigarette, from 1908.

mid-14c., "band or belt of rich material," from Old French tissu "a ribbon, headband, belt of woven material" (c. 1200), noun use of tissu "woven, interlaced," past participle of tistre "to weave," from Latin texere "to weave, to make," from PIE root *teks- "to weave," also "to fabricate." The biological sense is first recorded 1831, from French, introduced c. 1800 by French anatomist Marie-François-Xavier Bichal (1771-1802). Meaning "piece of absorbent paper used as a handkerchief" is from 1929. Tissue-paper is from 1777, supposedly so called because it was made to be placed between tissues to protect them.

late 14c., "a communicable disease; a harmful or corrupting influence," from Old French contagion and directly from Latin contagionem (nominative contagio) "a touching, contact," often in a bad sense, "a contact with something physically or morally unclean, contagion," from contingere "to touch," from assimilated form of com "with, together" (see con-) + tangere "to touch," from PIE root *tag- "to touch, handle." Meaning "infectious contact or communication" is from 1620s.

A distinction between contagion and infection is sometimes adopted, the former being limited to the transmission of disease by actual contact of the diseased part with a healthy absorbent or abraded surface, and the latter to transmission through the atmosphere by floating germs or miasmata. There are, however, cases of transmission which do not fall under either of these divisions, and there are some which fall under both. In common use no precise discrimination of the two words is attempted. [Century Dictionary, 1897]