older and unaltered form of mandrake (q.v.). It corresponds to the Spanish, Italian, and Portuguese forms. 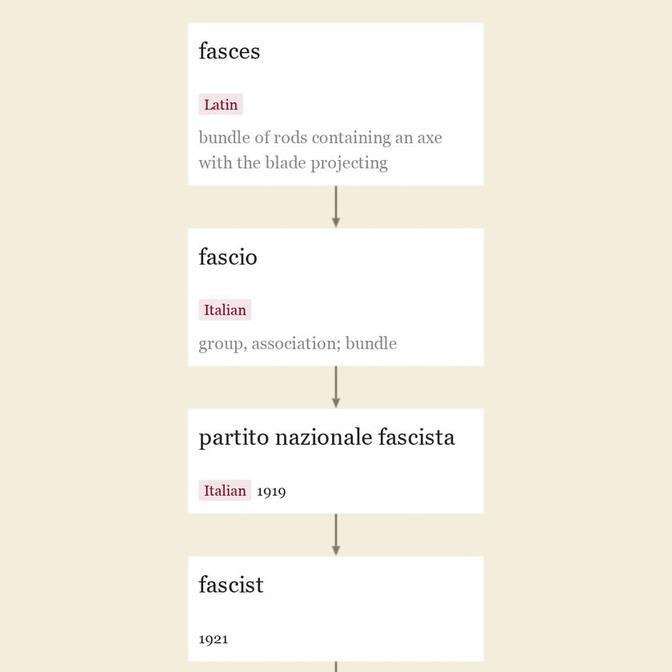 Fasci "groups of men organized for political purposes" had been a feature of Sicily since c. 1895, and the 20c. totalitarian sense probably came directly from this but was influenced by the historical Roman fasces, which became the party symbol. As a noun from 1922 in English, earlier in Italian plural fascisti (1921), and until 1923 in English it often appeared in its Italian form, as an Italian word.

[Fowler: "Whether this full anglicization of the words is worth while cannot be decided till we know whether the things are to be temporary or permanent in England" -- probably an addition to the 1930 reprint, retained in 1944 U.S. edition.] Related: Fascistic.