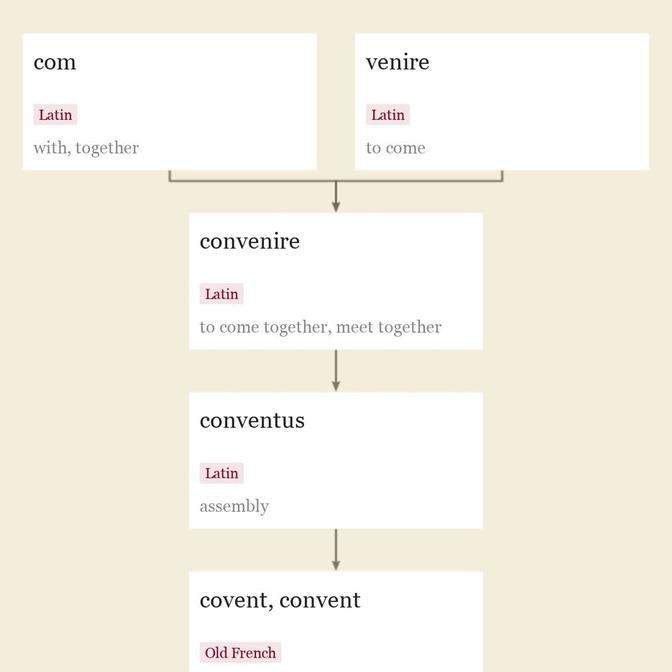 Ever wonder how these washing machines, toasters, razors, clothes and 101 other items show up on national TV shows? The answer is schlockmeisters!

Nobody is certain where the word comes from but it's the new name applied to a few men in Hollywood and New York who make a Cadillac-style living by giving away their clients' products. The situation is well in hand and a going concern for Al Pretker, Walter Kline and Adolphe Wenland in Hollywood; in Manhattan, there's Waldo Mayo. [Eve Star, "Inside TV" syndicated column, Sept. 10, 1953]

Adjectival form schlocky is attested from 1968; schlock was used as an adjective from 1916.

pirate flag, attested under that name by 1724, of unknown origin; jolly here has its otherwise obsolete sense "high-hearted, gallant."  Also see Roger, the sense of which here is, again, uncertain. A glossary of Banffshire words compiled by the Rev. Walter Gregor and published in 1866 gives a definition of Rodger as "anything of its kind large and ugly," also "Any animal big and ugly," also "A big person of rude manners." It also has a verb rodger "to beat with violence." Perhaps there is a connection.

Their Black-Flag, under which they had committed abundance of Pyracies, and Murders was affix'd to one Corner of the Gallows ; It had in it the Portraiture of Death, with an Hour Glass in one Hand, and a Dart in the other striking into a Heart, and Three Drops of Blood delineated as falling from it : This Flag they call'd Old Roger, and used to say, They would live and die under it. [from a description of the execution of 26 pirates in Rhode Island July 26, 1723, in Historical and Political Monthly Mercury, November 1723]

c. 1300, "story, narration," from Old French prose (13c.) and directly from Latin prosa, short for prosa oratio "straightforward or direct speech" (without the ornaments of verse), from prosa, fem. of prosus, earlier prorsus "straightforward, direct," from Old Latin provorsus "(moving) straight ahead," from pro "forward" (from PIE root *per- (1) "forward") + vorsus "turned," past participle of vertere "to turn" (from PIE root *wer- (2) "to turn, bend").

The meaning "prose writing; non-poetry" (as opposed to verse or metric composition); "the ordinary written or spoken language of people" is from mid-14c.

"Good prose, to say nothing of the original thoughts it conveys, may be infinitely varied in modulation. It is only an extension of metres, an amplification of harmonies, of which even the best and most varied poetry admits but few." [Walter Savage Landor, "Imaginary Conversations"]

The sense of "dull or commonplace expression" is from 1680s, out of the earlier sense of "plain expression" (1560s). As an adjective, "relating to or consisting of prose," by 1711. Prose-writer is attested from 1610s; those who lament the want of a single-word English agent noun to correspond to poet might try prosaist (1776), proser (1620s), or Frenchified prosateur (1880), though the first two in their day also acquired in English the secondary sense "dull writer."

mid-14c., most likely from Anglo-French tenetz "hold! receive! take!," from Old French tenez, imperative of tenir "to hold, receive, take" (see tenet), which was used as a call from the server to his opponent. The original version of the game (a favorite sport of medieval French knights) was played by striking the ball with the palm of the hand, and in Old French was called la paulme, literally "the palm," but to an onlooker the service cry would naturally seem to identify the game. Century Dictionary says all of this is "purely imaginary."

The use of the word for the modern game is from 1874, short for lawn tennis, which originally was called sphairistike (1873), from Greek sphairistike (tekhnē) "(skill) in playing at ball," from the root of sphere. It was invented, and named, by Maj. Walter C. Wingfield and first played at a garden party in Wales, inspired by the popularity of badminton.

The name 'sphairistike,' however, was impossible (if only because people would pronounce it as a word of three syllables to rhyme with 'pike') and it was soon rechristened. [Times of London, June 10, 1927]

early 15c., boh, "A combination of consonant and vowel especially fitted to produce a loud and startling sound" [OED, which compares Latin boare, Greek boaein "to cry aloud, roar, shout"]; as an expression of disapproval, 1884 (n.); hence, the verb meaning "shower (someone) with boos" (1885).

Booing was common late 19c. among London theater audiences and at British political events; in Italy, Parma opera-goers were notorious boo-birds. But the custom seems to have been little-known in America before c. 1910. To say boo "open one's mouth, speak," originally was to say boo to a goose.

To be able to say Bo! to a goose is to be not quite destitute of courage, to have an inkling of spirit, and was probably in the first instance used of children. A little boy who comes across some geese suddenly will find himself hissed at immediately, and a great demonstration of defiance made by them, but if he can pluck up heart to cry 'bo!' loudly and advance upon them, they will retire defeated. The word 'bo' is clearly selected for the sake of the explosiveness of its first letter and the openness and loudness of its vowel. [Walter W. Skeat, "Cry Bo to a Goose," in Notes and Queries, 4th series, vi, Sept. 10, 1870]

Old English elles "in another manner, other, otherwise, besides, different," from Proto-Germanic *aljaz (source also of Gothic aljis "other," Old High German eli-lenti, Old English el-lende, both meaning "in a foreign land;" see also Alsace), an adverbial genitive of the neuter of PIE root *al- "beyond" (source also of Greek allos "other," Latin alius). As a quasi-adjective, synonymous with other, from 1660s; the nuances of usage are often arbitrary.

Productive of a number of handy compounds that somehow never got traction or have been suffered to fall from use: elsehow (1660s) "somehow or other;" elsewards (adv.), 1882, "somewhere else;" Old English elsewhat (pron.) "something else, anything else;" elsewhen (adv.), early 15c., "at another time; elsewhence (c. 1600); elsewho (1540s). Among the survivors are elsewhere, elsewise. Menacing or else, with omitted but implied threat, is implied by 1814:

In Tynedale, Buccleuch seized upon no less than thirty-six English freebooters, and put them to death without mercy. The wrath of Elizabeth waxed uncontrollable. "I marvel," are her own royal expressions, "how the king thinks me so base-minded as to sit down with such dishonourable treatment. Let him know we will be satisfied, or else"—Some of James's ancestors would have bid her

"Choke in thy threat. We can say or as loud."

[Sir Walter Scott, "The Border Antiquities of England and Scotland," 1814]

1844, from berserk (n.) "Norse warrior" (by 1835), an alternative form of berserker, a word which was introduced (as berserkar) by Sir Walter Scott in "The Pirate" (1822), from Old Norse berserkr (n.) "raging warrior of superhuman strength." It is probably from *ber- "bear" + serkr "shirt," thus literally "a warrior clothed in bearskin" (see bear (n.) + sark). Thus not, as Scott evidently believed, from Old Norse berr "bare, naked" and meaning "warrior who fights without armor."

Thorkelin, in the essay on the Berserkir, appended to his edition of the Kristni Saga, tells that an old name of the Berserk frenzy was hamremmi, i.e., strength acquired from another strange body, because it was anciently believed that the persons who were liable to this frenzy were mysteriously endowed, during its accesses, with a strange body of unearthly strength. If, however, the Berserk was called on by his own name, he lost his mysterious form, and his ordinary strength alone remained. [Notes and Queries, Dec. 28, 1850]

Perhaps later writers mistook the -r for an agent-noun suffix. The picture is further complicated because it has the form of the Old Norse plural, and English berserker sometimes is plural. The adjectival use probably grew from such phrases as berserk frenzy, or as a title (Arngrim the Berserk).

1520s, "sideways, asquint, out of the corner of the eye," of obscure origin. OED has separate listings for askance and obsolete Middle English askance(s) and no indication of a connection, but Barnhart and others derive the newer word from the older one. The Middle English word, recorded early 14c. as ase quances and found later in Chaucer, meant "in such a way that; even as; as if;" and as an adverb "insincerely, deceptively." It has been analyzed as a compound of as and Old French quanses (pronounced "kanses") "how if," from Latin quam "how" + si "if."

The E[nglish] as is, accordingly, redundant, and merely added by way of partial explanation. The M.E. askances means "as if" in other passages, but here means, "as if it were," i.e. "possibly," "perhaps"; as said above. Sometimes the final s is dropped .... [Walter W. Skeat, glossary to Chaucer's "Man of Law's Tale," 1894]

Also see discussion in Leo Spitzer, "Anglo-French Etymologies," Philological Quarterly 24.23 (1945), and see OED entry for askance (adv.) for discussion of the mysterious ask- word cluster in English. Other guesses about the origin of askance include Old French a escone, from past participle of a word for "hidden;" Italian a scancio "obliquely, slantingly;" or that it is a cognate of askew.

late 14c., "males or females collectively," from Latin sexus "a sex, state of being either male or female, gender," of uncertain origin. "Commonly taken with seco as division or 'half' of the race" [Tucker], which would connect it to secare "to divide or cut" (see section (n.)).

Secus seems the more original formation, but it is strange that the older texts only know sexus. The modern meaning of sectiō 'division' suggests that sec/xus might derive from secāre 'to sever', but the morphology remains unclear: does sexus go back to an s-present *sek-s- 'to cut up', or was it derived from a form *sek-s- of the putative s-stem underlying secus?  [Michiel de Vaan, "Etymological Dictionary of Latin and the other Italic Languages," Leiden, 2008]

For the raw sex appeal of the burlesque "shows" there is no defense, either. These "shows" should be under official supervision, at the least, and boys beneath the age of eighteen forbidden, perhaps, to attend their performance, just as we forbid the sale of liquors to minors. [Walter Prichard Eaton, "At the New Theatre and Others: The American Stage, Its Problems and Performances," Boston, 1910]

It is curious that the Anglo-Saxon language seems to have had no abstract term for sex, which was expressed only severally as manhood or womanhood. [Thomas Wright, note to "Anglo-Saxon and Old English Vocabularies," 1884]