mid-13c., "monastery or convent devoted to religion and celibacy, headed by an abbot or abbess," from Anglo-French abbeie, Old French abaïe (Modern French abbaye), from Late Latin abbatia, from abbas (genitive abbatis); see abbot. At the dissolution of the monasteries, the name often was kept by abbey churches (as in Westminster Abbey) or estate houses that formerly were abbey residences.

Old English abbod "abbot," from Latin abbatem (nominative abbas), from Greek abbas, from Aramaic (Semitic) abba, title of honor, literally "the father, my father," emphatic state of abh "father." Spelling with -t is a Middle English Latinization. Originally a title given to any monk, later limited to the head of a monastery. The use as a surname is perhaps ironic or a nickname. The Latin fem. abbatissa is root of abbess. Related: Abbacy; abbatial; abbotship. 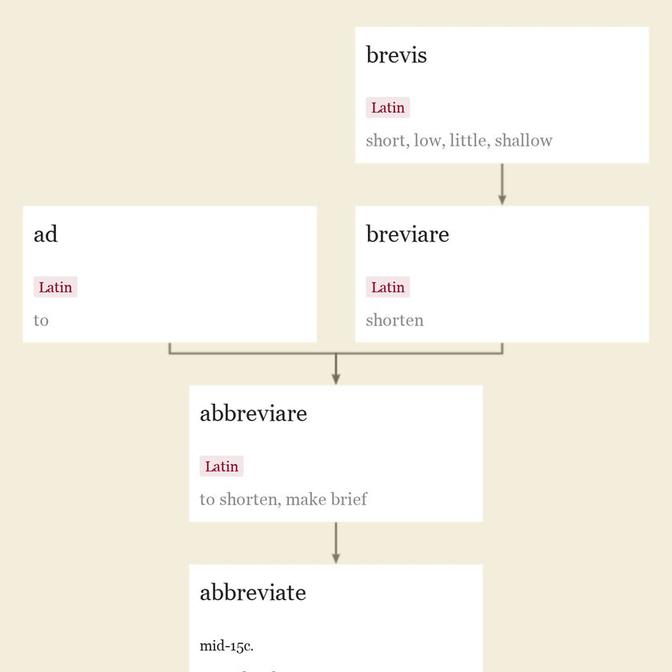 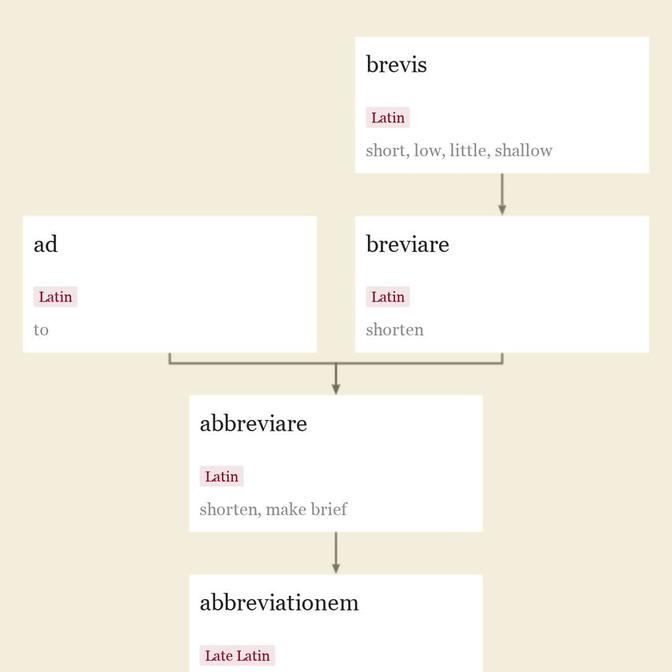 From 1580s specifically of words. Technically a part of a word, usually the initial letter or syllable, used for the whole word but with no indication of the rest of the word (as abbr. for abbreviation or abbreviate). A contraction is made by elision of certain letters or syllables from the body of a word but still indicates its full form (as fwd. for forward; rec'd. for received).

also a-b-c, late 13c. (spelled abece) from the first three letters of it taken as a word (compare alphabet, abecedary, Old French abecé, abecedé "alphabet," 13c.). The sense of "rudiments or fundamentals (of a subject)" is from late 14c. As a shortening of American Broadcasting Company from 1944 (in a Billboard magazine headline), earlier of Australian Broadcasting Corporation (1931). Related: ABCs.

element in many Arabic names, from Arabic (Semitic) abd "slave, servant," as in Abdallah "servant of God."

by 1650s, "of or pertaining to Abdera," in Thrace, whose citizens were proverbial as provincials who would laugh at anything or anyone they didn't understand (Abderian laughter), making their town the Hellenic equivalent of Gotham (q.v.). Especially (or alternatively) as it was the birthplace of Democritus the atomist, the "Laughing Philosopher" (born c. 460 B.C.E.) who observed human follies. 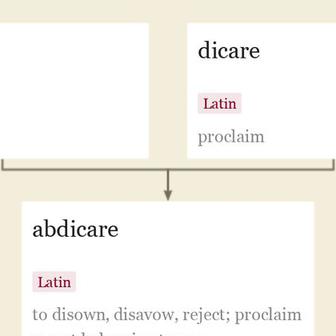 1540s, "to disown, disinherit (children)," from Latin abdicatus, past participle of abdicare "to disown, disavow, reject" (specifically abdicare magistratu "renounce office"), literally "proclaim as not belonging to one," from ab "off, away from" (see ab-) + dicare "proclaim" (from PIE root *deik- "to show," also "pronounce solemnly," and see diction). Meaning "divest oneself of office, privilege, etc., before the term expires" is recorded by 1610s in English (it was in classical Latin). Related: Abdicated; abdicating.