"attack by aircraft against ground targets," 1914, from air (n.1), here meaning "by aircraft," + raid (n.). Originally in reference to British attacks Sept. 22, 1914, on Zeppelin bases at Cologne and Düsseldorf in World War I. The German word is Fliegerangriff "aviator-attack," and if Old English had survived into the 20th century our word instead might be fleogendeongrype.

One didn't dare to inhale for fear of breathing it in. It was the sound of eighteen hundred airplanes approaching Hamburg from the south at an unimaginable height. We had already experienced two hundred or even more air raids, among them some very heavy ones, but this was something completely new. And yet there was an immediate recognition: this was what everyone had been waiting for, what had hung for months like a shadow over everything we did, making us weary. It was the end. [Hans Erich Nossack, "Der Untergang," 1942]

"noisy dance," 1841, Southern U.S., apparently originally the name of a specific dance, perhaps from perceived similarity of dance motions to those of farm chores, hence from hoe (n.).

The step of every negro dance that was ever known, was called into requisition and admirably executed. They performed the "double shuffle," the "Virginny break-down," the "Kentucky heeltap," the "pigeon wing," the "back balance lick," the "Arkansas hoe down," with unbounded applause and irresistible effect. ["Scouting Expeditions of McCulloch's Texas Rangers," 1848]

"Hoe corn, hill tobacco" is noted as a line in the chorus of a slave song in 1838, and Washington Irving writes of a dance called "hoe corn and dig potatoes" in 1807.

The same precedence is repeated until all the merchandise is disposed of, the table is then banished the room, and the whole party hoe it down in straight fours and set dances, till the hour when "ghosts wandering here and there, troop home to church-yards." This is what we kintra folk call a strauss. ["Der Teufelskerl. A Tale of German Pennsylvania," in Burton's Gentleman's Magazine, January 1840]

All communists without exception propose that the people as a whole, or some particular division of the people, as a village or commune, should own all the means of production--land, houses, factories, railroads, canals, etc.; that production should be carried on in common; and that officers, selected in one way or another, should distribute among the inhabitants the fruits of their labor. [Richard T. Ely, "French and German Socialism in Modern Times," New York, 1883]

Shortened form Commie is attested from 1939. Century Dictionary (1900) recognizes the noun alone; as an adjective it has only communistic (1850) "relating to communists or communism."

as a noun, in the broadest sense, "member or adherent of a Christian body descended from the Reformation of the 16c. and repudiating papal authority," 1539, from German or French protestant, from Latin protestantem (nominative protestans), present participle of protestari (see protest (n.)).

Originally used of German princes and free cities who declared their dissent from ("protested") the decision of the Diet of Speyer (1529), which reversed the liberal terms allowed Lutherans in 1526.

When forced to make their choice between obedience to God and obedience to the Emperor, they were compelled to choose the former. [Thomas M. Lindsay, "A History of the Reformation," New York, 1910]

The word was taken up by the Lutherans in Germany (Swiss and French preferred Reformed). It became the general word for "adherents of the Reformation in Germany," then "member of any Western church outside the Roman (or Greek) communion;" a sense attested in English by 1553.

In the 17c., 'protestant' was primarily opposed to 'papist,' and thus accepted by English Churchmen generally; in more recent times, being generally opposed to 'Roman Catholic,' or ... to 'Catholic,' ... it is viewed with disfavour by those who lay stress on the claim of the Anglican Church to be equally Catholic with the Roman. [OED]

With the breakdown of the grammatical gender system, it came to be used in Middle English and Modern English for all genders. Germanic cognates include Old Saxon that, Old Frisian thet, Middle Dutch, Dutch dat "that," German der, die, das "the."

Generally more specific or emphatic than the, but in some cases they are interchangeable. From c. 1200 opposed to this as indicating something farther off. In adverbial use ("I'm that old"), in reference to something implied or previously said, c. 1200, an abbreviation of the notion of "to that extent," "to that degree." As a conjunction ("Not that I loved Caesar less, but that I loved Rome more") it was originally the neuter pronoun or adjective that used practically as a definite article qualifying the whole sentence. 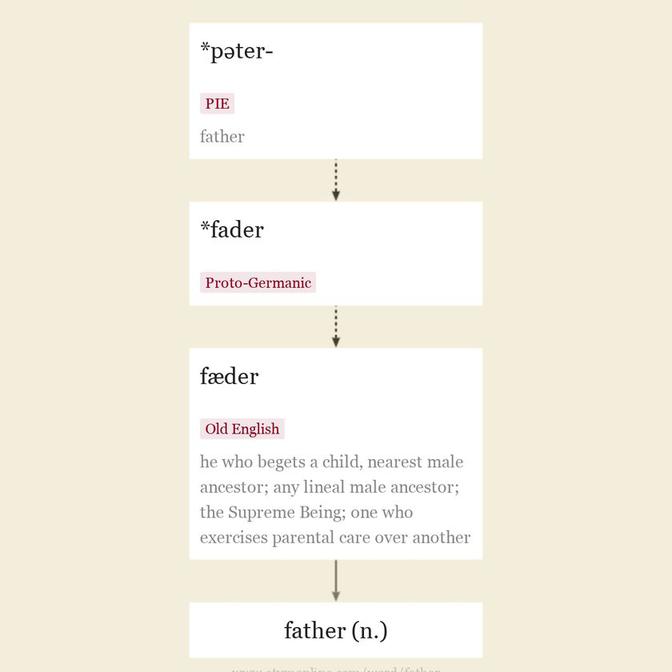 admonition to a pest, by 1866 (in political journalism), from shoo (v.) + fly (n.). Popularized by a Dan Bryant minstrel song ("Shoo fly — don't bother me") that appeared in print by 1868 and was enormously popular from the next year, which launched it as a catch-phrase that, according to H.L. Mencken, "afflicted the American people for at least two years" and made an appearance in the Congressional Record.

[A]n epidemic called the "Shoo fly," that has raged in New York and other eastern cities for some time, has at length broken out there [Cincinnati] with great intensity. Young and old have got it. Babies lisp it, and old men are heard to pipe it forth. The child, when threatened with chastisement by its mother, modifies the parental wrath, and sometimes escapes the impending rod by waving its infantile hand and singing out:"Shoo-fly, don't bodder me!"

The phrase also was used in various technical senses. The Pennsylvania Dutch delicacy shoo-fly pie is attested by 1908 in a recipe in the Philadelphia Inquirer.

Its name is generally taken to be an allusion to the fact that it is so attractive to flies that they have to be constantly shooed away from it, but the fact that it originated as a Pennsylvania-Dutch specialty suggests the possibility that shoofly is an alteration of an unidentified German word. [Ayto, "Diner's Dictionary"]