unshaped large piece of tree, early 14c., of unknown origin. Old Norse had lag "felled tree" (from stem of liggja "to lie," hence "a tree that lies prostrate"), but many etymologists deny on phonological grounds that this can be the root of English log. Instead, they suggest an independent formation meant to "express the notion of something massive by a word of appropriate sound" [OED, which compares clog (n.) in its original Middle English sense "lump of wood"].

Log cabin (1770) was the typical dwelling of the poor in antebellum U.S. history in the well-timbered region that was then the West. It has been a figure of the honest pioneer since the 1840 presidential campaign of William Henry Harrison (the original application was derisive and either way it was inaccurate). Falling off a log as a type of something easy to do is from 1839.

Intransitive senses of "to form threads from fibrous stuff; to twist, writhe" developed in late Old English. Transitive sense of "cause to turn rapidly" is from 1610s; intransitive meaning "revolve, turn around rapidly" first recorded 1660s. Meaning "attempt to influence reporters' minds after an event has taken place but before they have written about it" seems to have risen to popularity in the 1984 U.S. presidential campaign; as in spin doctor, first attested 1984.

"military expedition under the banner of the cross," 1706, a respelling or replacement of croisade (1570s), from French croisade (16c.), Spanish cruzada, both from Medieval Latin cruciata, past participle of cruciare "to mark with a cross," from Latin crux (genitive crucis) "cross" (see crux).

Especially in reference to the medieval expeditions undertaken by European Christians for recovery of the Holy Land from Muslims. Generally they are counted as seven between 1095 and 1271, but some smaller efforts (e.g. the "Children's Crusade") are omitted and the word sometimes is extended to other religiously motivated expeditions (e.g. against the Albigenses or the Prussians). Figurative sense of "vigorous campaign for a moral cause or against a public evil" is from 1786. 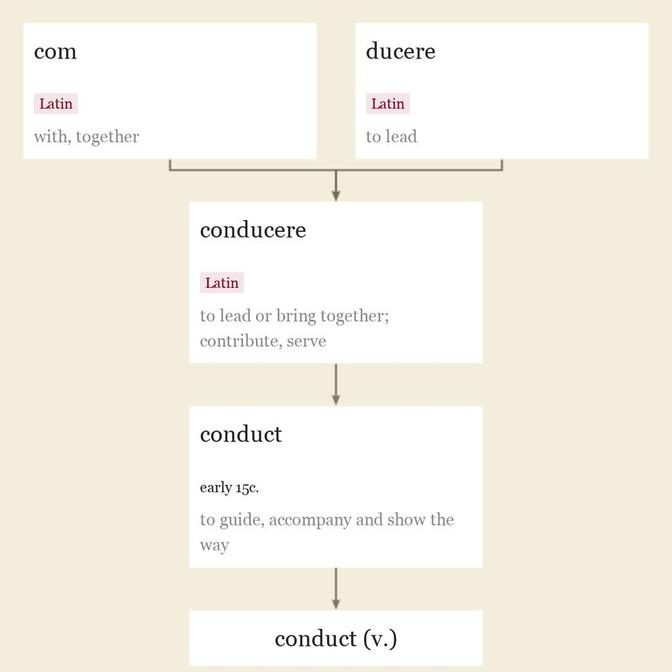 As a morbid condition of plants caused by fungal growth, from mid-14c. U.S. colloquial rust-bucket for "old car or boat" is by 1945. Rust Belt "decayed urban industrial areas of mid-central U.S." (1984) was popularized in, if not coined by, Walter Mondale's presidential campaign.

also grape-vine, 1736, from grape + vine. Meaning "a rumor; a secret or unconventional method of spreading information" (1863) is from the use of grapevine telegraph as "secret source of information and rumor" in the American Civil War; in reference to Southerners under northern occupation but also in reference to black communities and runaway slaves.

The false reports touching rebel movements, which incessantly circulated in Nashville, brings us to the consideration of the "grapevine telegraph"—a peculiar institution of rebel generation, devised for the duplex purpose of "firing the Southern heart," and to annoy the "Yankees." It is worthy of attention, as one of the signs of the times, expressing the spirit of lying which war engenders. But it is no more than just to say that there is often so little difference between the "grapevine" and the associated press telegraph, that they might as well be identical. ["Rosecrans' Campaign with the Fourteenth Corps," Cincinnati, 1863]

also juke-box, "machine that automatically plays selected recorded music when a coin is inserted," 1939, earlier jook organ (1937), from jook joint "roadhouse, brothel" (1935), African-American vernacular, from juke, joog "wicked, disorderly," a word in Gullah (the creolized English of the coastlands of South Carolina, Georgia, and northern Florida). This is probably from an African source, such as Wolof and Bambara dzug "unsavory." The adjective is said to have originated in central Florida (see "A Note on Juke," Florida Review, vol. vii, no. 3, spring 1938). The spelling with a -u- might represent a deliberate attempt to put distance between the word and its origins.

For a long time the commercial juke trade resisted the name juke box and even tried to raise a big publicity fund to wage a national campaign against it, but "juke box" turned out to be the biggest advertising term that could ever have been invented for the commercial phonograph and spread to the ends of the world during the war as American soldiers went abroad but remembered the juke boxes back home. ["Billboard," Sept. 15, 1945]

1580s, from Danish Eskimo or French Esquimaux (plural), both probably from an Algonquian word, such as Abenaki askimo (plural askimoak), Ojibwa ashkimeq, traditionally said to mean literally "eaters of raw meat," from Proto-Algonquian *ask- "raw" + *-imo "eat." Research from 1980s in linguistics of the region suggests this derivation, though widely credited there, might be inaccurate or incomplete, and the word might mean "snowshoe-netter," but there are phonological difficulties with this. See also Innuit.

Of language, from 1819. As an adjective by 1744. Eskimo pie "chocolate-coated ice cream bar" was introduced in 1922 and was at first a craze that drove up the price of cocoa beans on the New York market 50 percent in three months [F.L. Allen, "Only Yesterday," 1931].

It is said that the reason the "Eskimo Pie" campaign was not successful in Spanish-speaking countries is because in Spanish the word "pie" means "foot." South Americans do not care to eat Eskimos' feet. ["Pitfalls of Foreign Advertising," Business, December 1922]

The modern pejorative use in reference to a person regarded as ignorant, meddlesome, entitled, racist, or generally negative, is attested by 2005, originally often with reference to meanness or stupidity, and exploded in popularity 2018, with more emphasis on the racism and privilege. Its use as rhetorical shorthand probably was encouraged, if not inspired by, the 2004 movie "Mean Girls" (screenplay by Tina Fey) and by U.S. comedian Dane Cook's 2005 stand-up act, both of which produced memes and Twitter references. Claims that it originated in African-American circles are unsupported.

Beth Harpaz's 2001 book "Girls in the Van," about Hillary Clinton's U.S. Senate campaign, reports that Clinton's assistants Karen Dunn and Karen Finney were known as The Karens. Finney went on to a career as a commentator, and some of the earliest abstract uses of Karen in the late 2000s are as the personification of a liberal do-gooder.

of unknown origin; attested in London criminal slang as adjective (1775, "counterfeit"), verb (1812, "to rob"), and noun (1851, "a swindle;" of persons 1888, "a swindler"), but probably older. A likely source is feague "to spruce up by artificial means," from German fegen "polish, sweep," also "to clear out, plunder" in colloquial use. "Much of our early thieves' slang is Ger. or Du., and dates from the Thirty Years' War" [Weekley]. Or it may be from Latin facere "to do." Century Dictionary notes that "thieves' slang is shifting and has no history."

The nautical word meaning "one of the windings of a cable or hawser in a coil" probably is unrelated, from Swedish veck "a fold." As a verb, "to feign, simulate" from 1941. To fake it is from 1915, jazz slang; to fake (someone) out is from 1940s, originally in sports. Related: Faked; fakes; faking.