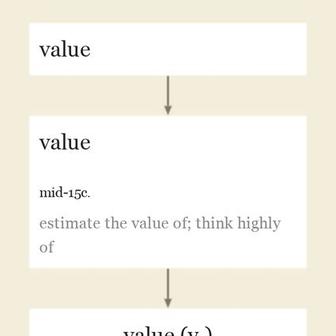 1580s, "to ponder, think abstractly, engage in mental contemplation" (intransitive), probably a back-formation from meditation, or else from Latin meditatus, past participle of meditari "to meditate, think over, reflect, consider," frequentative form of PIE root *med- "take appropriate measures." From 1590s as "to plan in the mind," also "to employ the mind in thought or contemplation," especially in a religious way. Related: Meditated; meditating.

c. 1400, monicioun, "warning, instruction given by way of caution," from Old French monition (13c.) and directly from Latin monitionem (nominative monitio) "warning, admonition, reminding," noun of action from past-participle stem of monere "to admonish, warn, advise," from PIE *moneie- "to make think of, remind," suffixed (causative) form of root *men- (1) "to think." With specific meanings in civil and ecclesiastical law.

late 14c., "Psalm cxxxi in the Canon of the Mass" (which begins with the Latin word Memento and in which the dead are commemorated), from Latin memento "remember," second person singular imperative of meminisse "to remember, recollect, think of, bear in mind," a reduplicated form, related to mens "mind," from PIE root *men- (1) "to think." Meaning "a hint or suggestion to awaken memory, a reminder, an object serving as a warning" is from 1580s; sense of "keepsake" is recorded by 1768.