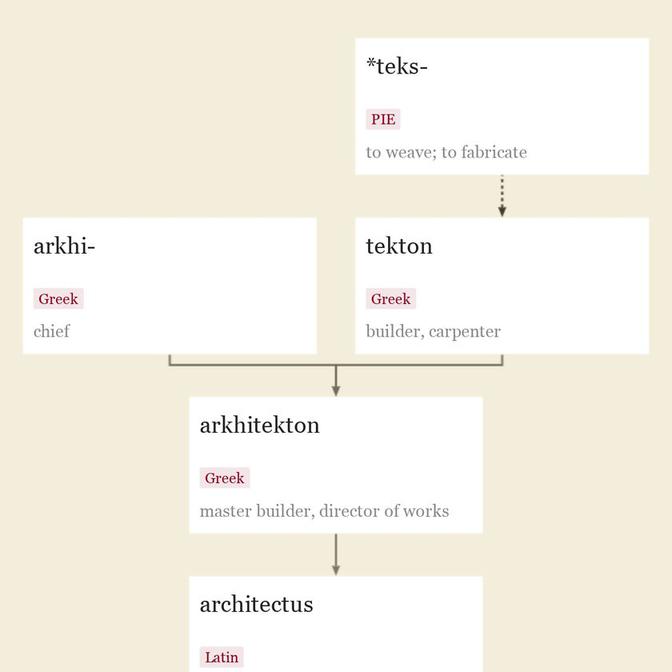 "person skilled in the art of building, one who plans and designs buildings and supervises their construction," 1560s, from French architecte, from Latin architectus, from Greek arkhitekton "master builder, director of works," from arkhi- "chief" (see archon) + tekton "builder, carpenter" (from PIE root *teks- "to weave," also "to fabricate").

Old English used heahcræftiga "high-crafter" as a loan-translation of Latin architectus. Middle English had architectour "superintendent." Extended sense of "one who plans or contrives" anything is from 1580s.

c. 1500, "one who or that which modulates," from Latin modulator "one who measures by rule, a regulator" in various senses (such as "musical director"), agent noun from past participle stem of modulari "regulate, measure off properly" (see modulate). Meaning "device that produces modulation of a wave" is from 1919.

"publicity or press agent," 1945, also by that year as a verb, said to have been coined at show biz magazine Variety (but the first attested use is not in Variety) and supposedly from name of Gene Flack, a movie agent, but influenced by flak. There was a Gene Flack who was an advertising executive in the U.S. during the 1940s, but he seems to have sold principally biscuits, not movies. 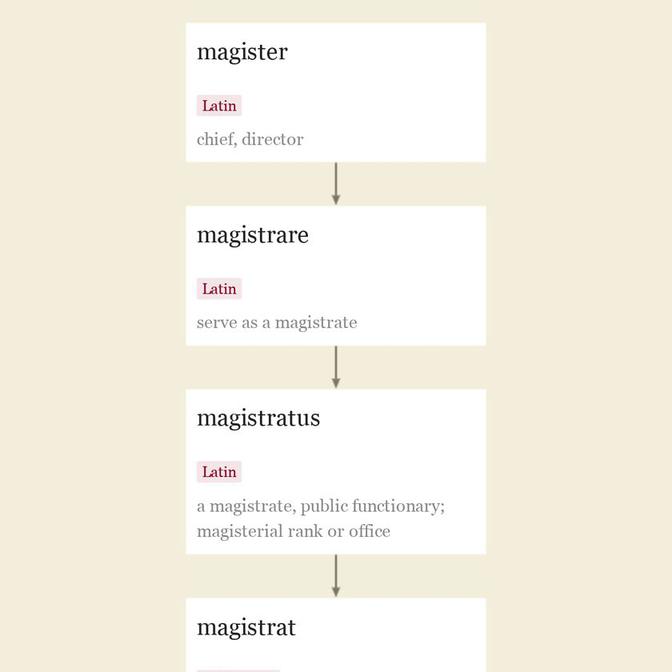 late 14c., "a civil officer in charge of administering laws," also "office or function of a magistrate," from Old French magistrat, from Latin magistratus "a magistrate, public functionary," originally "magisterial rank or office," from magistrare "serve as a magistrate," from magister "chief, director" (see master (n.)). From late 17c. often meaning "justice of the peace" or other minor officials having criminal jurisdiction.

late 14c., moderatour, "that which regulates the movement of the celestial spheres," from Latin moderator "manager, ruler, director," literally "he who moderates," from moderatus "within bounds, observing moderation;" figuratively "modest, restrained," past participle of moderari "to regulate, mitigate, restrain, temper, set a measure, keep (something) within measure," from PIE root *med- "take appropriate measures."

Meaning "one who acts as an arbitrator, person who presides at a meeting or disputation" is from 1560s. Fem. form moderatrix attested from 1530s.

Applied to particular states so constituted by 1630s. The notion of "community in which there is a certain equality of members" is behind such expressions as republic of letters "collective body of those engaged in literary pursuits," attested from 1702.

c. 1300, "military supremacy, victory in battle or a physical contest," from Anglo-French and Old French victorie (12c.) and directly from Latin victoria "victory," from past participle stem of vincere "to overcome, conquer" (from nasalized form of PIE root *weik- (3) "to fight, conquer"). V.E. ("victory in Europe") and V.J. ("victory in Japan") days in World War II were first used Sept. 2, 1944, by James F. Byrne, then U.S. director of War Mobilization [Washington Post, Sept. 10, 1944].

mid-15c., "a guide;" 1540s, "a book of rules," especially ecclesiastical, "book of directions for saying various Church offices," from Medieval Latin directorium, noun use of neuter of Latin directorius, from directus, past participle of dirigere "to set straight,"(see direct (v.)).

Meaning "alphabetical listing of inhabitants of a region" is from 1732; sense of "listing of telephone numbers" is from 1908.

As "a board of directors" by 1803, especially in reference to the French Directoire, the five-man executive government of France from 1796 to 1799.

As an adjective, "guiding, directive," from mid-15c. As "of or resembling the style in fashion and decorative arts prevailing at the time of the Directoire," by 1878.