late 14c., from French galaxie or directly from Late Latin galaxias "the Milky Way" as a feature in the night sky (in classical Latin via lactea or circulus lacteus), from Greek galaxias (adj.), in galaxias kyklos, literally "milky circle," from gala (genitive galaktos) "milk" (from PIE root *g(a)lag- "milk").

The technical astronomical sense in reference to the discrete stellar aggregate including the sun and all visible stars emerged by 1848. Figurative sense of "brilliant assembly of persons" is from 1580s. Milky Way is a translation of Latin via lactea.

See yonder, lo, the Galaxyë Which men clepeth the Milky Wey, For hit is whyt. [Chaucer, "House of Fame"]

Originally ours was the only one known. Astronomers began to speculate by mid-19c. that some of the spiral nebulae they could see in telescopes were actually immense and immensely distant structures the size and shape of the Milky Way. But the matter was not settled in the affirmative until the 1920s.

late 14c., cicle, "perpetual circulating period of time, on the completion of which certain phenomena return in the same order," especially and originally in reference to astronomical phenomena, from Old French cicle and directly from Late Latin cyclus, from Greek kyklos "circle, wheel, any circular body," also "circular motion, cycle of events," from PIE kw(e)-kwl-o-, a suffixed, reduplicated form of the root *kwel- (1) "to revolve, move round."

From 1660s as "any recurring round of operations or events" (as in life cycle). From 1821 as "single complete period in a cycle." Extended by 1842 to "any long period of years, an age." In literary use, "the aggregate of the legends or traditions around some real or mythical event or character" (1835).

By 1884 as "recurring series of oscillations or operations in an engine, etc." From 1870 as short for motorcycle; by 1881 as short for bicycle or tricycle.

late 14c., posicioun, as a term in logic and philosophy, "statement of belief, the laying down of a proposition or thesis," from Old French posicion "position, supposition" (Modern French position) and directly from Latin positionem (nominative positio) "act or fact of placing, situation, position, affirmation," noun of state from past-participle stem of ponere "put, place." Watkins tentatively identifies this as from PIE *po-s(i)nere, from *apo- "off, away" (see apo-) + *sinere "to leave, let" (see site). But de Vaan identifies it as from Proto-Italic *posine-, from PIE *tkine- "to build, live," from root *tkei- "to settle, dwell, be home" (see home (n.)).

The meaning "place occupied by a person or thing" especially a proper or appropriate place, is from 1540s; hence "status, standing, social rank" (1832); "official station, employment" (1890). The meaning "manner in which some physical thing is arranged or posed, aggregate of the spatial relations of a body or figure to other such bodies or figures" is recorded by 1703; specifically in reference to dance steps, 1778, to sexual intercourse, 1883. Military sense of "place occupied or to be occupied" is by 1781.

The sense development from "highest" to "total number, the whole" probably is via the Roman custom of adding up a stack of figures from the bottom and writing the sum at the top, rather than at the bottom as now (compare the bottom line).

General sense of "numerical quantity" of anything, "a total number" is from late 14c. Meaning "essence of a writing or speech" also is attested from mid-14c. Meaning "aggregate of two or more numbers" is from early 15c.; sense of "arithmetical problem to be solved" is from 1803. Sum-total is attested from late 14c., from Medieval Latin summa totalis.
Related entries & more
number (n.)

Meaning "written symbol or figure of arithmetic value" is from late 14c. Meaning "single (numbered) issue of a magazine" is from 1795. Colloquial sense of "a person or thing" is by 1894. Meaning "dialing combination to reach a particular telephone receiver" is from 1879; hence wrong number (1886). The modern meaning "musical selection" (1885) is from vaudeville theater programs, where acts were marked by a number. Earlier numbers meant "metrical sound or utterance, measured or harmonic expression" (late 15c.) and, from 1580s, "poetical measure, poetry, verse."

Number one "oneself" is from 1704 (mock-Italian form numero uno attested from 1973); the biblical Book of Numbers (c. 1400, Latin Numeri, Greek Arithmoi) is so called because it begins with a census of the Israelites. Childish slang number one and number two for "urination" and "defecation" attested from 1902. Number cruncher is 1966, of machines; 1971 of persons. To get or have (someone's) number "have someone figured out" is attested from 1853; to say one's number is up (1806) meaning "one's time has come" is a reference to the numbers on a lottery, draft, etc. The numbers "illegal lottery" is from 1897, American English.

mid-14c., "territory subject to an emperor's rule;" in general "realm, dominion;" late 14c. as "authority of an emperor, supreme power in governing; imperial power," in Middle English generally of the Roman Empire.

Not etymologically restricted to "territory ruled by an emperor," but used that way. The Empire, meaning "the British Empire," first recorded 1772 (it officially devolved into "The Commonwealth" in 1931); before that it meant the Holy Roman Empire (1670s).

[P]roperly an empire is an aggregate of conquered, colonized, or confederated states, each with its own government subordinate or tributary to that of the empire as a whole. [Century Dictionary] 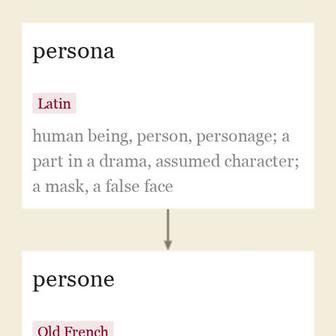 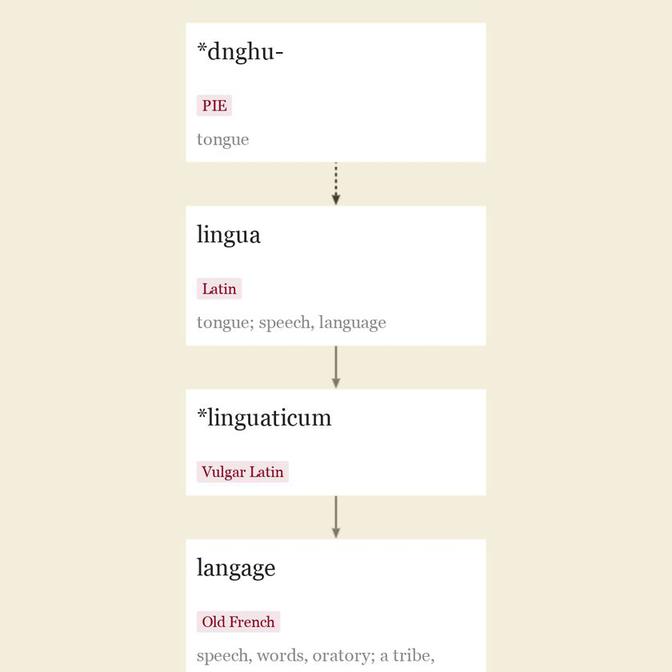 The connecting notion probably is counting large numbers (of sheep, etc.) with a notch in a stick for each 20. That way of counting, called vigesimalism, also exists in French: In Old French, "twenty" (vint) or a multiple of it could be used as a base, as in vint et doze ("32"), dous vinz et diz ("50"). Vigesimalism was or is a feature of Welsh, Irish, Gaelic and Breton (as well as non-IE Basque), and it is speculated that the English and the French picked it up from the Celts. Compare tally (n.).

The prehistoric sense of the Germanic word, then, likely was "straight mark like a scratch, line drawn by a sharp instrument," but in English this is attested only from c. 1400, along with the sense "mark made (on a chalkboard, etc.) to keep count of a customer's drinks in a tavern." This sense was extended by 1670s to "mark made for purpose of recording a point in a game or match," and thus "aggregate of points made by contestants in certain games and matches" (1742, originally in whist).

From the tavern-keeping sense comes the meaning "amount on an innkeeper's bill" (c. 1600) and thus the figurative verbal expression settle scores (1775). Meaning "printed piece of music" first recorded 1701, said to be from the practice of connecting related staves by scores of lines. Especially "music composed for a film" (1927). Meaning "act of obtaining narcotic drugs" is by 1951.