c. 1200, "moderation, temperance, abstemiousness;" c. 1300, "instrument for measuring," from Old French mesure "limit, boundary; quantity, dimension; occasion, time" (12c.), from Latin mensura "a measuring, a measurement; thing to measure by," from mensus, past participle of metiri "to measure," from PIE root *me- (2) "to measure." The native word was Old English cognate mæð "measure."

Meaning "size or quantity as ascertained by measuring" is from early 14c. Meanings "action of measuring; standard measure of quantity; system of measuring; appointed or allotted amount of anything" are from late 14c. Also from late 14c. are the senses "proper proportion; balance." Sense of "that to which something is compared to determine its quantity" is from 1570s.

In music, from late 14c. as "air, tune;" 1570s as "rhythmic pattern." Specifically as "a group of tones indicated between two primary beats" is from 1660s. From mid-15c. as "rhythmic pattern in poetry;" c. 1500 in dance. Meaning "treatment 'meted out' to someone" is from 1590s; that of "plan or course of action intended to obtain some goal" is from 1690s; sense of "legislative enactment" is from 1759. Figurative phrase for good measure is from good measure as "ample in quantity in goods sold by measure" (late 14c.).

"to defecate," 1846, from a cluster of older nouns, now dialectal or obsolete, applied to things cast off or discarded (such as "weeds growing among corn" (early 15c.), "residue from renderings" (late 15c.), underworld slang for "money" (18c.), and in Shropshire, "dregs of beer or ale"), all probably from Middle English crappe "grain that was trodden underfoot in a barn, chaff" (mid-15c.), from French crape "siftings," from Old French crappe, from Medieval Latin crappa, crapinum "chaff." Related: Crapped; crapping.

For connection of the idea of defecation with that of shedding or casting off from the body, compare shit (v.). Despite the etymological legend, the word is not from the name of Thomas Crapper (1837-1910) who was, however, a busy plumber and may have had some minor role in the development of modern toilets. The name Crapper is a northern form of Cropper (attested from 1221), an occupational surname, obviously, but the exact reference is unclear. Crap (v.) as a variant of crop (v.) was noted early 19c, as a peculiarity of speech in Scotland and what was then the U.S. Southwest (Arkansas, etc.).

That sword it crapped the bonniest flower

E'er lifted its head to the sun!

c. 1300, "an (anatomical) joint, a part of a body where two bones meet and move in contact with one another, the structure that holds such bones together," from Old French joint "joint of the body" (12c.), from Latin iunctus "united, connected, associated," past participle of iungere "to join together," from nasalized form of PIE root *yeug- "to join." Related: Joints.

In general use from late 14c., of insect and plant parts, also "that which joins two components of an artificial structure." In butchering, "cut of meat on the bone," early 15c. Slang or cant meaning of "place, building, establishment" (especially one where persons meet for shady activities) first recorded 1877; earlier it was used in an Anglo-Irish context (1821), perhaps on the notion of a private side-room, one "joined" to a main room. In late 19c. U.S. use especially "an opium-smoking den" (1883).

Meaning "marijuana cigarette" (1938) is perhaps from notion of something often smoked in common, but there are other possibilities; earlier joint in drug slang meant "hypodermic outfit" (1935). Meaning "prison" is attested from 1953 but probably is older. Out of joint in the figurative sense "disordered, confused, gone wrong" is from early 15c. (literally, of bone displacement, late 14c.). Joint-stock "of or pertaining to holding stock in shares" is from 1610s.

coined 1958 by San Francisco newspaper columnist Herb Caen (1916-1997) during the heyday of -nik suffixes in the wake of Sputnik. The first element is from Beat generation (1952), which is associated with beat (n.) in its meaning "rhythm (especially in jazz)" as well as beat (adj.) "worn out, exhausted." Century Dictionary (1902) has slang beat (n.) "a worthless, dishonest, shiftless fellow." Originator Jack Kerouac in 1958 connected it with beatitude.

The origins of the word beat are obscure, but the meaning is only too clear to most Americans. More than the feeling of weariness, it implies the feeling of having been used, of being raw. It involves a sort of nakedness of the mind. [New York Times Magazine, Oct. 2, 1952]

"Beat" is old carny slang. According to Beat Movement legend (and it is a movement with a deep inventory of legend), Ginsberg and Kerouac picked it up from a character named Herbert Huncke, a gay street hustler and drug addict from Chicago who began hanging around Times Square in 1939 (and who introduced William Burroughs to heroin, an important cultural moment). The term has nothing to do with music; it names the condition of being beaten down, poor, exhausted, at the bottom of the world. [Louis Menand, New Yorker, Oct. 1, 2007] 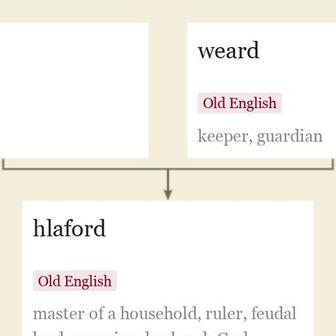 Meaning "companionship, consort of persons one with another, intimate association" is from late 13c. Meaning "person or persons associated with another in any way" is from c. 1300. In Middle English the word also could mean "sexual union, intercourse" (c. 1300).

From late 14c. as "a number of persons united to perform or carry out anything jointly," which developed a commercial sense of "business association" by 1550s, the word having been used in reference to trade guilds from late 14c. Meaning "subdivision of an infantry regiment" (in 19c. usually 60 to 100 men, commanded by a captain) is from c. 1400.

BOMB, or BOMB SHELL, now called simply Shell (Fr. Bombe). A hollow iron ball or shell filled with gunpowder, having a vent or fuze-hole into which a fuzee is fitted to set the powder on fire after the shell is thrown out of a mortar. This destructive missile is intended to do injury both by its force in falling, and by bursting after it falls. [Arthur Young, "Nautical Dictionary," London, 1863]

The figurative sense of "shattering or devastating thing or event" is attested by 1859. In reference to a pretty woman "of startling vitality or physique" [OED], especially a blonde, it is attested by 1942. "Bombshell" as title of a movie starring blond U.S. actress Jean Harlow (1911-1937) is from 1933; it was believed to have been loosely based on the life of screen star Clara Bow.

The producers of the current hilarious Jean Harlow-Lee Tracy photoplay were not satisfied with the original title "Bombshell" so they renamed it "The Blond Bombshell." We wonder, in passing, why they didn't call it "The Private Life of Clara Bow" originally and let it go at that. [The Oklahoma News, Nov. 19, 1933]

"business of writing, editing, or publishing a newspaper or public journal," 1821, regarded at first as a French word in English, from French journalisme (1781), from journal "daily publication" (see journal); compare journalist.

Where men are insulated they are easily oppressed; when roads become good, and intercourse is easy, their force is increased more than a hundred fold: when, without personal communication, their opinions can be interchanged, and the people thus become one mass, breathing one breath and one spirit, their might increases in a ratio of which it is difficult to find the measure or the limit. Journalism does this office .... ["New Monthly Magazine," London, 1831]

[Géo] London was in western France covering the trial of a parricide that began in mid-afternoon. Because he had an early deadline, he telephoned a story that he was certain would take place: an angry crowd cursing the accused as he was marched to the courthouse from his holding cell at the police station. London then relaxed over lunch until he saw with dismay the guards and the prisoner coming but "not even the shadow of a gawker." His reputation at stake, he stalked to the door, cried out, "Kill him!" and returned to his table. [Benjamin F. Martin, "France in 1938"]

as a deprecatory term first recorded in a Bugs Bunny cartoon, but a similar noun cotton-picker meaning "contemptible person" dates to around 1919, perhaps with racist overtones that have faded over the years. Before mechanization, cotton picking was the most difficult labor on a plantation.

I drove out to a number of the farms near Denison and found many very young white children working all day in the hot sun picking and dragging sacks of cotton. In one field the labor corps consisted of one woman and six children, one of them 5 years, one 6 years, one 7 years, one 9 years, and two about 11. The father was plowing. The 5 and 6 year olds worked all day as did the rest. The 7-year-old said he picked 50 pounds a day and the 9 year old 75 pounds. (A good picker averages several hundred a day.) School begins late on account of the cotton picking, but the children nearly all prefer school to the picking. Picking hours are long, hot, and deadly monotonous. While the very young children seem to enjoy it, very soon their distaste for it grows into all-absorbing hatred for all work. ["Field Notes of Lewis W. Hine, Child-Labor Conditions in Texas," report to U.S. Congressional Commission on Industrial Relations, 1916]