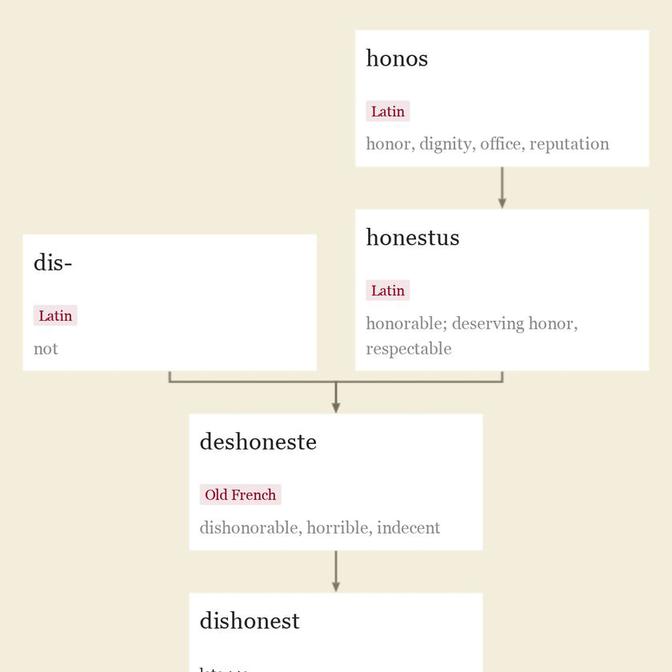 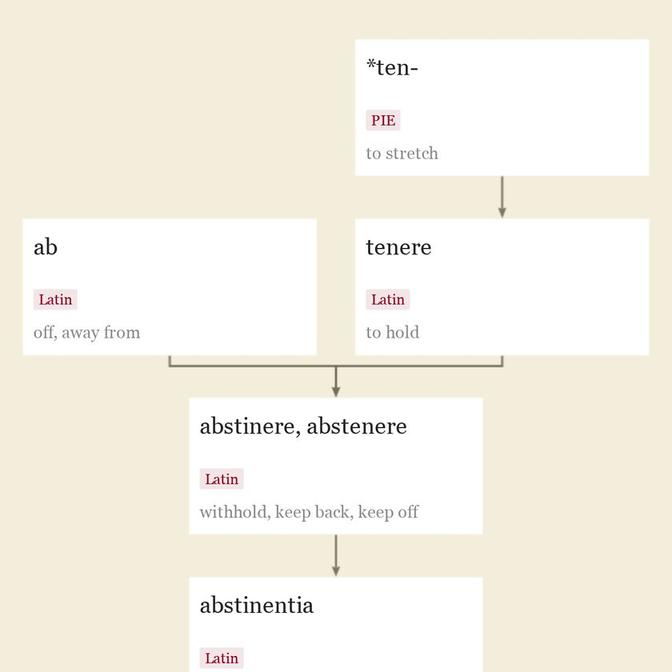 mid-14c., "forbearance in indulgence of the appetites," from Old French abstinance (earlier astenance), from Latin abstinentia "abstinence, starvation; self-restraint, integrity," abstract noun from abstinentem (nominative abstinens), present participle of abstinere/abstenere "withhold, keep back, keep off," from assimilated form of ab "off, away from" (see ab-) + tenere "to hold," from PIE root *ten- "to stretch." Especially of sexual appetites but also in Middle English of food, fighting, luxury.
Related entries & more
Bayard (n.)
generic or mock-heroic name for a horse, mid-14c., from Old French Baiard, name of the bay-colored magic steed given by Charlemagne to Renaud in the legends, from Old French baiart "bay-colored" (see bay (adj.)). Also by early 14c. proverbial as a blind person or thing, for now-unknown reasons.

1690s, "separate existence as a nation, national unity and integrity," from national + -ity (in some usages perhaps from French nationalité. As "fact of belonging to or being a citizen of a particular state," from 1828, gradually shading into "race, ethnicity." Meaning "a racial or ethnic group" is by 1832. Related: Nationalities.

from c. 1300 as "reliability, trustworthiness; trustiness, fidelity, faithfulness;" from late 14c. as "confident expectation" and "that on which one relies." From early 15c. in legal sense of "confidence placed in a one who holds or enjoys the use of property entrusted to him by its legal owner;" mid-15c. as "condition of being legally entrusted." Meaning "businesses organized to reduce competition" is recorded from 1877. Trust-buster is recorded from 1903.
Related entries & more
treason (n.)

c. 1200, "betraying; betrayal of trust; breach of faith," from Anglo-French treson, from Old French traison "treason, treachery" (11c.; Modern French trahison), from Latin traditionem (nominative traditio) "delivery, surrender, a handing down, a giving up," noun of action from past-participle stem of tradere "deliver, hand over," from trans- "over" (see trans-) + dare "to give" (from PIE root *do- "to give"). A doublet of tradition. The Old French form was influenced by the verb trair "betray."

Vpon Thursday it was treason to cry God saue king James king of England, and vppon Friday hye treason not to cry so. [Thomas Dekker, "The Wonderfull Yeare 1603"]

In old English law, high treason (c. 1400) is violation by a subject of his allegiance to his sovereign or to the state (the sense of high here is "grave, serious"); distinguished from petit treason, treason against a subject, such as murder of a master by his servant. Constructive treason was a judicial fiction whereby actions carried out without treasonable intent, but found to have the effect of treason, were punished as though they were treason itself. The protection against this accounts for the careful wording of the definition of treason in the U.S. Constitution.

Trahison des clercs "self-compromised integrity of intellectuals, betrayal or corruption by academics, moralists, journalists, etc., of their vocation," is the title of a 1927 French work by Julien Benda, translated into English in 1928.

In short, intellectuals began to immerse themselves in the unsettlingly practical and material world of political passions: precisely those passions, Benda observed, "owing to which men rise up against other men, the chief of which are racial passions, class passions and national passions." ... "Our age is indeed the age of the intellectual organization of political hatreds" he wrote. "It will be one of its chief claims to notice in the moral history of humanity." [Roger Kimball, introduction to 2007 English edition]