Especially (late 14c.) "impure foam or extraneous substance that rises to the surface when liquid boils." Hence any sort of impure froth, and the sense deteriorated to "film of dirt," then simply "dirt, filth." The meaning "lowest class of humanity" is from 1580s; scum of the Earth is attested by 1712. The Germanic word was adopted in Romanic (Old French escume, Modern French écume, Spanish escuma, Italian schiuma). As a verb, "remove the scum from," late 14c.

"debase by mixing with foreign or inferior material, make corrupt," 1530s, back-formation from adulteration, or else from Latin adulteratus, past participle of adulterare "to falsify, corrupt," also "to commit adultery." An earlier verb was adulter (late 14c. in the sense "make impure"), directly from the Latin verb, but this English verb also carried the meaning "commit adultery." Related: Adulterated; adulterating.

late 14c., purgatif, in medicine, "having the property of cleansing by expelling impure matter from the body," from Old French purgatif (14c.) and directly from Late Latin purgativus, from purgat-, past-participle stem of Latin purgare "to cleanse, purify" (see purge (v.)). The noun is attested from early 15c., "a medicine that evacuates the intestines" (Old English medical texts have clænsungdrenc). 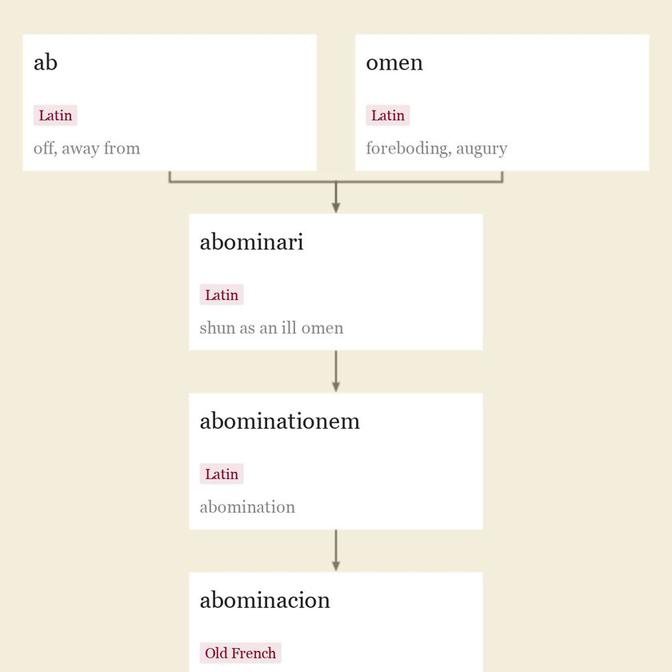 1590s, "offensive to the senses, or to taste and refinement," from French obscène (16c.), from Latin obscenus "offensive," especially to modesty, originally "boding ill, inauspicious," a word of unknown origin; perhaps from ob "in front of" (see ob-) + caenum "filth."

The meaning "offensive to modesty or decency, impure, unchaste" is attested from 1590s. Legally, "any impure or indecent publication tending to corrupt the mind and to subvert respect for decency and morality." In modern U.S. law, the definition hinged on "whether to the average person, applying contemporary community standards, the dominant theme of the material taken as a whole appeals to a prurient interest." [Justice William Brennan, "Roth v. United States," June 24, 1957]; this was refined in 1973 by "Miller v. California":

The basic guidelines for the trier of fact must be: (a) whether 'the average person, applying contemporary community standards' would find that the work, taken as a whole, appeals to the prurient interest, (b) whether the work depicts or describes, in a patently offensive way, sexual conduct specifically defined by the applicable state law; and (c) whether the work, taken as a whole, lacks serious literary, artistic, political, or scientific value.

mid-15c., "individual or breed of dog resulting from repeated crossings or mixture of several different varieties," from obsolete mong "mixture," from Old English gemong "mingling" (base of among), from Proto-Germanic *mangjan "to knead together" (source of mingle), from a nasalized form of PIE root *mag- "to knead, fashion, fit." With pejorative suffix -rel.

The distinction between a mongrel and a hybrid (a cross between two different breeds) is not always observed. Meaning "person not of pure race" is attested from 1540s. As an adjective, "of a mixed or impure breed," from 1570s.

mid-14c., "deprave morally, pervert from good to bad;" late 14c., "contaminate, impair the purity of; seduce or violate (a woman); debase or render impure (a language) by alterations or innovations; influence by a bribe or other wrong motive," from Latin corruptus, past participle of corrumpere "to destroy; spoil," figuratively "corrupt, seduce, bribe" (see corrupt (adj.)).

Intransitive sense of "putrefy, change from a sound to a putrid state" is from late 14c. Related: Corrupted; corrupting. In Middle English also corrumpen (mid-14c., along with corrumpcioun), from Old French corompre, from Latin corumpere.

"dirt, dregs, refuse or impure matter which separates from a liquid and falls to the bottom or rises to the top," Old English dros "the scum thrown off from metals in smelting," from Proto-Germanic *drohs- (source also of Middle Dutch droes, Dutch droesem, Middle Low German dros, Old High German truosana, German Drusen "dregs, husks"), perhaps from a PIE dher- "to make muddy." Figurative sense of "worthless remainder of what was once valued" is from late 14c. Meaning "refuse, rubbish" is mid-15c.