"one who yields in combat, one who begs for mercy, one who admits defeat," early 15c., hence "coward, faint-hearted wretch;" from recreant (adj.) and from Old French recreant as a noun, "one who acknowledges defeat, a craven, coward, renegade, traitor, wretch." In English, the sense of "apostate, deserter, villain" is from 1560s.

"a repelling; a check, a defeat; peremptory denial or refusal," 1610s, from rebuff (v.), or from French rebuffe or Italian ribuffo.

also out-vote, "exceed in the number of votes given, defeat by a greater number of votes," 1640s," from out- + vote (v.). Related: Outvoted; outvoting. 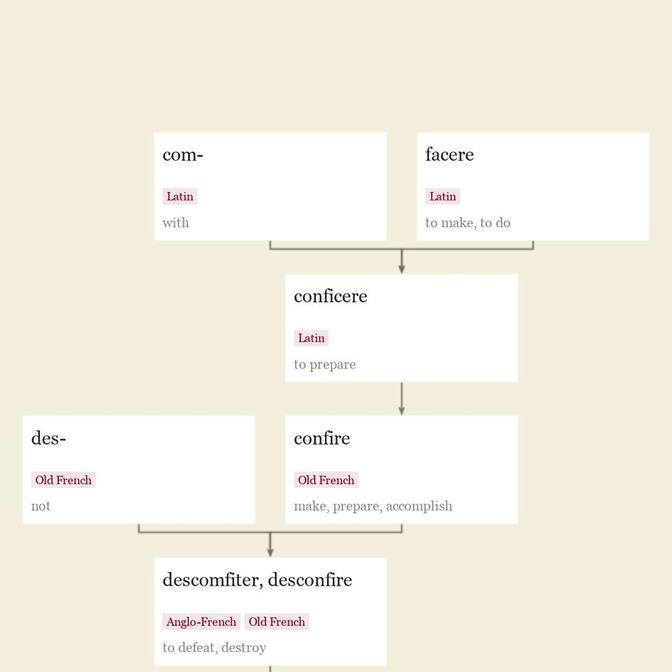 General sense of "defeat or overthrow the plans or purposes of" is from late 14c. Weaker sense of "disconcert" is first recorded 1520s in English, probably by confusion with discomfort. Related: Discomfited; discomfiting.

late 14c., "having corners," past-participle adjective from corner (v.). Figurative sense "forced or driven into a position where surrender or defeat is inevitable" is from 1824.