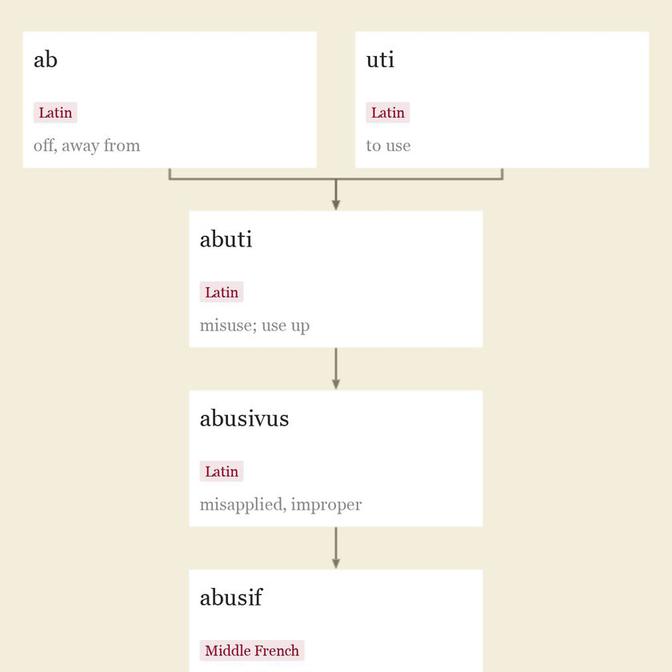 1530s (implied in abusively) "improper," from French abusif, from Latin abusivus "misapplied, improper," from abus-, past-participle stem of abuti "misuse," literally "use up" (see abuse (v.)). Meaning "full of abuse" is from 1580s. Shakespeare has abusious ("Taming of the Shrew," 1594). Abuseful "abounding in reproaches" was in use 17c.-19c. Related: Abusively; abusiveness.

"rough, rude, or unkind treatment, abuse," 1721, from French maltraitement or formed in English from mal- + treatment.

Perhaps the "old ewe" sense is older than the "old woman" one in French, but the former is attested in English only from 16c. Since mid-20c. the word has been somewhat reclaimed in feminism and neo-paganism as a symbol of mature female wisdom and power.

c. 1600, "punish by exposure in the pillory," from pillory (n.). Figurative sense of "expose publicly to ridicule, contempt, or abuse" is from 1690s. Related: Pilloried.