"business of writing, editing, or publishing a newspaper or public journal," 1821, regarded at first as a French word in English, from French journalisme (1781), from journal "daily publication" (see journal); compare journalist.

Where men are insulated they are easily oppressed; when roads become good, and intercourse is easy, their force is increased more than a hundred fold: when, without personal communication, their opinions can be interchanged, and the people thus become one mass, breathing one breath and one spirit, their might increases in a ratio of which it is difficult to find the measure or the limit. Journalism does this office .... ["New Monthly Magazine," London, 1831]

[Géo] London was in western France covering the trial of a parricide that began in mid-afternoon. Because he had an early deadline, he telephoned a story that he was certain would take place: an angry crowd cursing the accused as he was marched to the courthouse from his holding cell at the police station. London then relaxed over lunch until he saw with dismay the guards and the prisoner coming but "not even the shadow of a gawker." His reputation at stake, he stalked to the door, cried out, "Kill him!" and returned to his table. [Benjamin F. Martin, "France in 1938"]

also clearinghouse, 1805, from clearing + house (n.). The original was established 1775 in London by the bankers for the adjustment of their mutual claims for checks and bills; later the word was extended to similar institutions.

CLEARING, is a method adopted by city bankers, for exchanging the drafts on each others houses, and settling the differences.—Thus at a stated hour in the afternoon, a clerk from each attends at the Clearing House, where he brings all the drafts on the other bankers, which have been paid into his house during the course of the day; and, having debited their different accounts with the articles which he has against them, he deposits them in their proper drawers, (a drawer being here allotted to each banker:) he then credits their accounts respectively, with the articles which they have against him, as found in his drawer. Balances are then struck on all the accounts, and the differences are transferred from one to another, until they are so wound up, that each clerk has only to settle with two or three others, which is done in cash, or Bank of England notes. [P. Kelly, "The Elements of Book-Keeping," London, 1805]

1650s, tay, also in early spellings thea, tey, tee and at first pronounced so as to rhyme with obey; the modern pronunciation predominates from mid-18c. But earlier in English as chaa (1590s), also cha, tcha, chia, cia.

The two forms of the word reflect two paths of transmission: chaa is from Portuguese cha, attested in Portuguese from 1550s, via Macao, from Mandarin (Chinese) ch'a (cf chai). The later form, which became Modern English tea, is via Dutch, from Malay teh and directly from Chinese (Amoy dialect) t'e, which corresponds to Mandarin ch'a.

The distribution of the different forms of the word in Europe reflects the spread of use of the beverage. The modern English form, along with French thé, Spanish te, German Tee, etc., derive via Dutch thee from the Amoy form, reflecting the role of the Dutch as the chief importers of the leaves (through the Dutch East India Company, from 1610). Meanwhile, Russian chai, Persian cha, Greek tsai, Arabic shay, and Turkish çay all came overland from the Mandarin form.

Tea was known in Paris by 1635; the practice of drinking it was introduced in England by 1644. The meaning "afternoon meal at which tea is served" is from 1738. The slang meaning "marijuana" (which sometimes was brewed in hot water) is attested by 1935, felt as obsolete by late 1960s. Tea-ball is from 1895.

c. 1300, "first big meal of the day" (eaten between 9 a.m. and noon), from Old French disner "breakfast" (11c.), noun use of infinitive disner (Modern French dîner) "take the first meal of the day," from Gallo-Roman *desiunare "to break one's fast," from Vulgar Latin *disieiunare, from dis- "undo, do the opposite of" (see dis-) + Late Latin ieiunare, jejunare  "to fast," from Latin ieiunus "fasting, hungry, not partaking of food" (see jejune).

Always used in English for the main meal of the day, but the time of that has gradually grown later.

In medieval and modern Europe the common practice, down to the middle of the eighteenth century, was to take this meal about midday, or in more primitive times even as early as 9 or 10 A.M. In France, under the old régime, the dinner-hour was at 2 or 3 in the afternoon; but when the Constituent Assembly moved to Paris, since it sat until 4 or 5 o'clock, the hour for dining was postponed. The custom of dining at 6 o'clock or later has since become common, except in the country, where early dinner is still the general practice. [Century Dictionary, 1897]

The change from midday to evening began with the fashionable classes. Compare dinette.

"mid-day repast, small meal between breakfast and dinner," 1786, a shortened form of luncheon (q.v.) in this sense (1650s), which is of uncertain origin; it appears to be identical with an older word meaning "thick piece, hunk" (1570s), which perhaps evolved from lump (n.) [OED]. There also was a contemporary nuncheon "light mid-day meal," from noon + Middle English schench "drink." Old English had nonmete "afternoon meal," literally "noon-meat" (Middle English non-mete). The verb meaning "to take to lunch" (said to be from the noun) also is attested from 1786:

PRATTLE. I always to be ſure, makes a point to keep up the dignity of the family I lives in. Wou'd you take a more ſolid refreſhment?—Have you lunch'd, Mr. Bribe?

BRIBE. Lunch'd O dear! Permit me, my dear Mrs. Prattle, to refreſh my sponge, upon the honey dew that clings to your raviſhing pouters. O! Mrs. Prattle, this ſhall be my lunch. (kiſſes)

As late as 1817 the only definition of lunch (n.) in Webster's is "a large piece of food," but this is now obsolete or provincial. OED says in 1820s the word "was regarded either as a vulgarism or as a fashionable affectation." Related: Lunched; lunching. 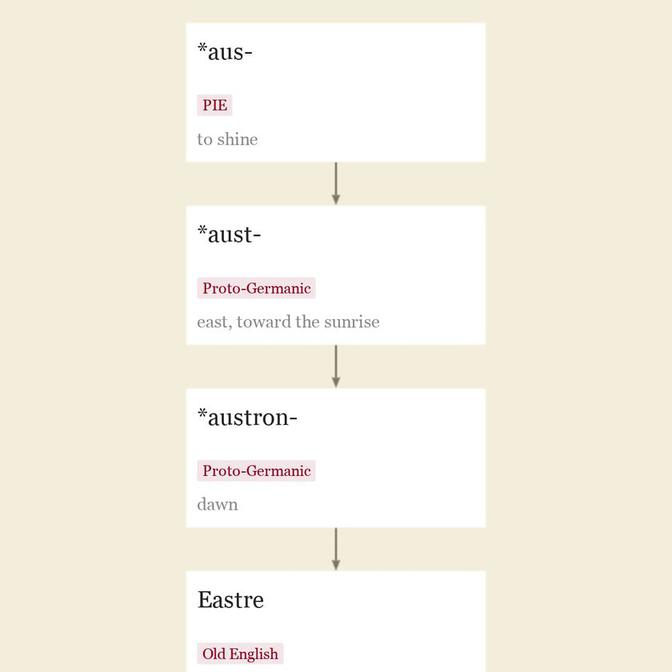