1580s, in the rhetorical sense ("a chain of reasoning in graduating steps from weaker to stronger"), from Late Latin climax (genitive climacis), from Greek klimax "propositions rising in effectiveness," literally "ladder," from suffixed form of PIE root *klei- "to lean."

Originally in rhetoric an arrangement of successive clauses so that the last important word of one is repeated as the first important word of the next, as in Romans v.3-5: "... but we glory in tribulations also: knowing that tribulation worketh patience; and patience, experience; and experience, hope: And hope maketh not ashamed ...." Compare anadiplosis. From the rhetorical meaning, the word evolved through "series of steps by which a goal is achieved," to "escalating steps," to (1789) "high point of intensity or development," a usage credited by the OED to "popular ignorance."

The meaning "sexual orgasm" is recorded by 1880 (also in terms such as climax of orgasm), and is said to have been promoted from c. 1900 by birth-control pioneer Marie Stopes (1880-1958) and others as a more accessible word than orgasm (n.).

With unetymological second -r- in Medieval Latin and Old French by influence of other Latin nouns in -istrum (French -istre). The word was also borrowed in Dutch, German, Swedish, Danish.

Some later senses seem to be influenced by association with unrelated Latin regere "to rule, to guide, to keep straight." Meaning in printing, "exact alignment of presswork" is from 1680s. Musical sense is from 1811, "compass or range of a voice or instrument," hence "series of tones of the same quality" (produced by a voice or instrument).

From mid-15c. as "a record-keeper, recorder;" sense of "device by which data is automatically recorded" is by 1830, from the verb.

1890s, of unknown origin, according to OED, first found in British newspaper police-court reports in the summer of 1898, almost certainly from the variant form of the Irish surname Houlihan, which figured as a characteristic comic Irish name in music hall songs and newspapers of the 1880s and '90s.

As an "inventor" and adapter to general purposes of the tools used by navvies and hodmen, "Hooligan" is an Irish character who occupies week by week the front of a comic literary journal called Nuggets, one of the series of papers published by Mr. James Henderson at Red Lion House. Previous to publication in London, "Hooligan" appears, I believe, in New York in a comic weekly, and in London he is set off against "Schneider," a German, whose contrainventions and adaptations appear in the Garland (a very similar paper to Nuggets), which also comes from Mr. Henderson's office. "Hooligan" and "Schneider" have been running, I should think, for four or five years. [Notes and Queries, Oct. 15, 1898]

early 15c., in Macabrees daunce, daunce of Machabree, a kind of morality show or allegorical representation of death and his victims, from Old French (danse) Macabré "(dance) of Death" (1376), which is of uncertain origin.

John Lydgate (c. 1370–c. 1451), the monk/poet who first translated it into English, seems to have regarded it as the name of the French author, and perhaps it was a French surname Macabré. Or perhaps it is from Medieval Latin (Chorea) Machabæorum, literally "dance of the Maccabees" (leaders of the Jewish revolt against Syro-Hellenes; see Maccabees). If so, the association with the dance of death (a favorite subject of literature and art in the Middle Ages) would be from vivid descriptions of the martyrdom of the Maccabees in the Apocryphal books.

The typical form which the allegory takes is that of a series of pictures, sculptured or painted, in which Death appears, either as a dancing skeleton or as a shrunken corpse wrapped in grave-clothes to persons representing every age and condition of life, and leads them all in a dance to the grave. [Encyclopaedia Britannica, 11th ed., 1911]

The abstracted sense of "characterized by gruesomeness" is attested 1842 in French, by 1889 in English. Related: Macaberesque.

Boutkan finds the old derivation of this from PIE *rebh- "to roof, cover" (on the notion of "a covering" of the cavity of the chest) doubtful, "particularly because the alleged semantic development to 'rib' is found only in Gmc. and Slavic."

Cookery sense of "piece of meat from an ox, pig, etc. containing one or more ribs" is from early 15c. As "a ship's curved frame timber" from 1550s.

Rib-roast "joint of meat for roasting which includes one or more ribs" is by 1889. Rib-eye for a cut of meat that lies along the outer side of a rib is by 1926, American English, with eye in a specialized sense in butchery. Rib joint "brothel" is slang from 1943, probably in reference to Adam's rib (compare rib "woman, wife," attested from 1580s).

According to Middle English Compendium, two sets of Latin stems "seem to have fallen together" in Medieval Latin: ser- (as in series, serere) and sēr- (as in sērius, sēriōsus, etc.), perhaps through semantic overlap, which accounts for the earlier Middle English record of the word, which seems to belong to the first stem.

As "in earnest, not pretending or jesting," from 1712; in reference to of music, theater, etc., "dealing with grave matters" by 1762. The meaning "attended with danger, giving grounds for alarm" is from 1800. Serious-minded is attested by 1845.

early 15c., "uninterrupted connection of parts in space or time," from Old French continuité, from Latin continuitatem (nominative continuitas) "a connected series," from continuus "joining, connecting with something; following one after another," from continere (intransitive) "to be uninterrupted," literally "to hang together" (see contain).

Cinematographic sense, in reference to assuring there are no discrepancies of detail in linked scenes filmed at different times, is recorded by 1919, American English. It was originally especially women's work.

The scenario,—that is the division of the synopsis into scenes from which the picture is made—is written by men and women specially trained for the work. Women are as successful, perhaps more so, in this line than men. The average price for an original motion picture synopsis is from $500 to $1500, but the price may be higher or lower according to the company and the value of the author's name. ... Continuity writers or those who divide the story into the scenes (continuity and scenario being different names for the same thing) are specially well paid. [Helen Christene Hoerle and Florence B. Saltzberg, "The Girl and the Job," New York, 1919] 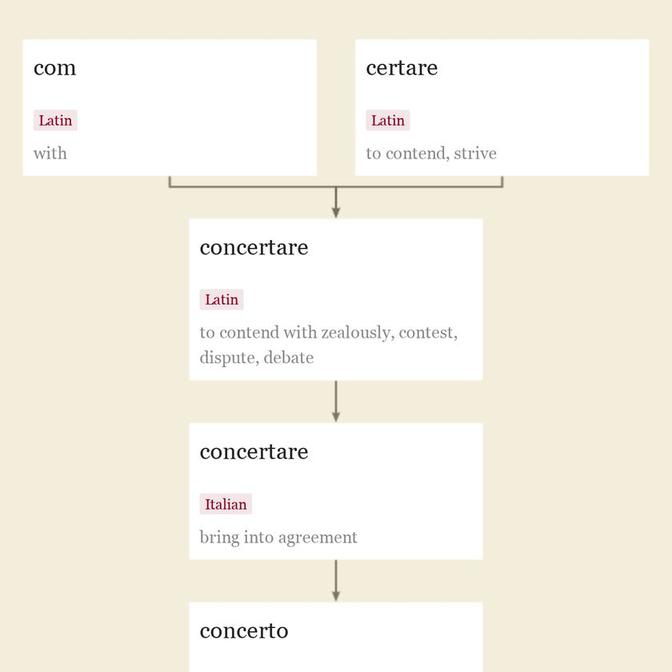 Thought to have gone extinct 66 million years ago until a living one was fished up off the east coast of South Africa Dec. 22, 1938. The specimen was noticed by museum curator Marjorie Courtney-Latimer, who wrote a description of it to South African ichthyologist J.L.B. Smith.

I stared and stared, at first in puzzlement. I did not know any fish of our own, or indeed of any seas like that; it looked more like a lizard. And then a bomb seemed to burst in my brain, and beyond that sketch and the paper of the letter, I was looking at a series of fishy creatures that flashed up as on a screen, fishes no longer here, fishes that had lived in dim past ages gone, and of which only fragmentary remains in rock are known. [J.L.B. Smith, "Old Fourlegs: The Story of the Coelacanth," 1956]

Legal sense of "lawsuit; legal action" is from mid-14c. Meaning "the wooing of a woman" is from late 15c. Meaning "set of clothes to be worn together" is attested from late 14c., also "matching material or fabric," from notion of the livery or uniform of court attendants. As a derisive term for "businessman," it dates from 1979. Meaning "matched set of objects, number of objects of the same kind or pattern used together" is from late 14c., as is that of "row, series, sequence." Meaning "set of playing cards bearing the same symbol" is attested from 1520s, also ultimately from the notion of livery. To follow suit (1670s) is from card-playing: "play a card of the same suit first played," hence, figuratively, "continue the conduct of a predecessor."