masc. proper name, Biblical name of David's son, king of Judah and Israel and wisest of all men, from Greek Solomon, from Hebrew Sh'lomoh, from shelomo "peaceful," from shalom "peace." The Arabic form is Suleiman. The common medieval form was Salomon (Vulgate, Tyndale, Douai); Solomon was used in Geneva Bible and KJV. Used allusively for "a wise ruler" since 1550s. Related: Solomonic; Solomonian. The Solomon Islands were so named 1568 by Spanish explorers in hopeful expectation of having found the source of the gold brought to King Solomon in I Kings ix.29.

name for a person with bright yellow hair, 1540s, from goldy (adj.) "of a golden color" (mid-15c., from gold (n.)) + plural of lock (n.2). The story of the Three Bears first was printed in Robert Southey's miscellany "The Doctor" (1837), but the central figure there was a bad-tempered old woman. Southey did not claim to have invented the story, and older versions have been traced, either involving an old woman or a "silver-haired" girl (though in at least one version it is a fox who enters the house). The identification of the girl as Goldilocks is attested from c. 1875. Goldylocks also is attested from 1570s as a name for the buttercup.

late 14c., huge biblical beast (Job xl.15), from Latin behemoth, from Hebrew b'hemoth, usually taken as plural of intensity of b'hemah "beast." But the Hebrew word is perhaps a folk etymology of Egyptian pehemau, literally "water-ox," the name for the hippopotamus. Used in modern English for any huge beast.

Long before Jumbo was dreamed of, a hippo was exhibited by George K. Bailey, who invented the tank on wheels now used so generally in the circuses. The beast was advertised as "the blood sweating Behemoth of Holy Writ," and he made several men rich. [Isaac F. Marcosson, "Sawdust and Gold Dust," in The Bookman, June 1910]

word-forming element in chemistry, used to coin element names, from Latin adjectival suffix -ium (neuter of -ius), which formed metal names in Latin (ferrum "iron," aurum "gold," etc.). In late 18c chemists began to pay attention to the naming of their substances with words that indicate their chemical properties. Berzelius in 1811 proposed forming all element names in Modern Latin. As the names of some recently discovered metallic elements already were in Latin form (uranium, chromium, borium, etc.), the pattern of naming metallic elements in -ium or -um was maintained (in cadmium, lithium, plutonium, etc.; helium is an anomaly).

Used abusively of persons from c. 1300; figurative of something worthless from early 14c. Meaning "gossip" first attested 1926 (in Hemingway).

It is customary to speak of "the golden sands of California;" but a person who should believe that the gold is found in pure sand, would be far wrong. Usually, the pay-dirt is a very stiff clay, full of large gravel and stones. The depth of this pay-dirt varies. In a gully where the water is not more than five feet wide in the heaviest rain, the pay dirt will not usually be more than a foot deep. (etc.) [John S. Hittell, "Mining in the Pacific States of North America," San Francisco, 1861]

1922, "protection of the consumer's interest," from consumer + -ism. It also was used mid-20c. as an alternative to capitalism to describe the Western consumer-driven economic system as a contrast to state-centered Soviet communism. By 1960 it had shaded into "encouragement of consumption as an economic policy." Related: Consumerist (1965, n.; 1969, adj.).

Coined words are often spurious. When assayed they lack the pure gold of true meaning. But here is one, minted by an engineer named Sidney A. Reeve, which looks like legal tender. As the bank tellers say, it stacks. The word is "Consumerism." [Collier's, March 1, 1924, quoting the magazine's editorial of June 3, 1922]

also crackerjack, "something excellent," 1893, U.S. colloquialism, apparently a fanciful construction, earliest use in reference to racing horses. The caramel-coated popcorn-and-peanuts confection was said to have been introduced at the World's Columbian Exposition (1893). Supposedly a salesman gave it the name when he tasted some and said, "That's a cracker-jack," using the then-popular expression. Compare cracker (n.1). The name was trademarked 1896. The "Prize in Every Box" was introduced 1912.

"Your brother Bob is traveling, isn't he?"

"Yep. He's with one of the big racing teams. I tell you, he's a cracker-jack! Wins a bushel of diamonds and gold cups every week."

also hootch, "cheap whiskey," 1897, shortened form of Hoochinoo (1877) "liquor made by Alaskan Indians," from the name of a native tribe in Alaska whose distilled liquor was a favorite with miners during the 1898 Klondike gold rush; the tribe's name is said by OED to be from Tlingit Hutsnuwu, literally "grizzly bear fort."

As the supply of whisky was very limited, and the throats down which it was poured were innumerable, it was found necessary to create some sort of a supply to meet the demand. This concoction was known as "hooch"; and disgusting as it is, it is doubtful if it is much more poisonous than the whisky itself. [M.H.E. Hayne, "The Pioneers of the Klondyke," London, 1897]

suffix added to nouns to produce adjectives meaning "made of, of the nature of" (such as golden, oaken, woolen), corresponding to Latin -anus, -inus, Greek -inos; from Proto-Germanic *-ina- (from PIE *-no-, adjectival suffix).

Common in Old, Middle, and early Modern English: e.g. fyren "on fire; made of fire," rosen "made or consisting of roses," hunden "of dogs, canine," beanen "of beans," baken "baked," breaden "of bread;" Wyclif has reeden made of or consisting of reeds." The few surviving instances are largely discarded in everyday use, and the simple form of the noun doubles as adjective (gold ring, wool sweater). Some are used in special contexts (brazen, wooden). 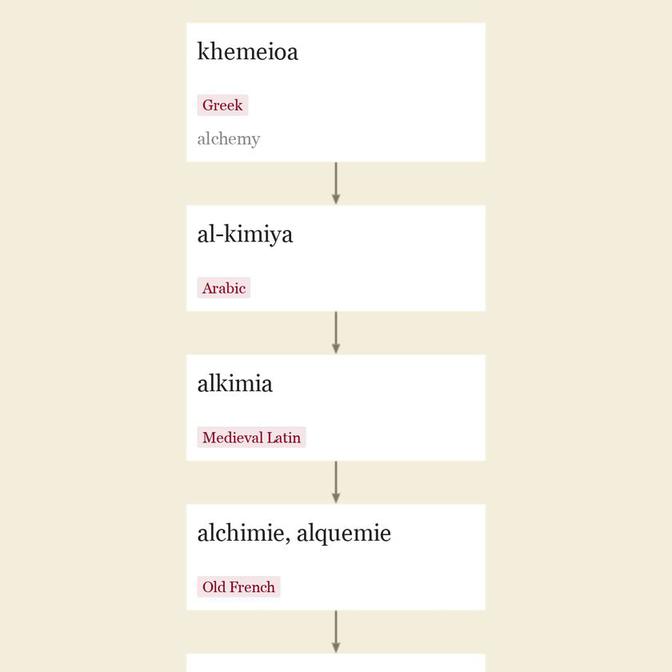