"do a suggestive dance," 1918, perhaps via phrase shake the shimmy, which is possibly from shimmy (n.), a U.S. dialectal form of chemise (mistaken as a plural; compare shammy) which is attested by 1837. Or perhaps the verb is related to shimmer (v.) via a notion of glistening light. The transferred sense of "vibration of a motor vehicle" is by 1925. Related: Shimmied; shimmying. As a noun, the name of a popular, fast, suggestive pre-flapper dance, by 1919.

The first "shimmy" dance to appear, almost simultaneously with the signing of the armistice, was greeted with a howl of derision. "Vulgar"! cried the sensitive; "Absurd"! was the verdict of the scornful; "Difficult, but darned attractive!" modern art expressed it. Then, the "shimmy" in its rightful form was presented by Gilda Grey in the Shubert extravaganza "The Gaieties of 1919". Result: a lawsuit with a rival theatrical producer, and the awakened interest of everybody in the much-discussed and condemned dance. ["Good Morning Judge! 'Shake Your Shimmy,'" in The Greenville (S.C.) News, Aug. 27, 1919]

1795, in specific sense of "government intimidation during the Reign of Terror in France" (March 1793-July 1794), from French terrorisme, noted in English by 1795 as a coinage of the Revolution, from Latin terror "great fear, dread, alarm, panic; object of fear, cause of alarm; terrible news," from PIE root *tres- "to tremble" (see terrible).

If the basis of a popular government in peacetime is virtue, its basis in a time of revolution is virtue and terror — virtue, without which terror would be barbaric; and terror, without which virtue would be impotent. [Robespierre, speech in French National Convention, 1794]

General sense of "systematic use of terror as a policy" is first recorded in English 1798 (in reference to the Irish Rebellion of that year). At one time, a word for a certain kind of mass-destruction terrorism was dynamitism (1883); and during World War I frightfulness (translating German Schrecklichkeit) was used in Britain for "deliberate policy of terrorizing enemy non-combatants."

"mindless, militaristic patriot," 1878, picked up from the refrain of a music hall song written by G.W. Hunt, and sung by "Gilbert H. MacDermott" (1845-1901), supporting aggressive British policy toward Russia at a time of international tension. ("We don't want to fight, But by Jingo! if we do, We've got the ships, we've got the men, We've got the money too.")

Hunt's patriotic song of 1878, with a swinging tune ... became at Macdermott's instigation the watchword of the popular supporters of England's bellicose policy. The "Daily News" on 11 March 1878 first dubbed the latter 'Jingoes' in derision .... ["Dictionary of National Biography," London, 1912]

As an asseveration, by jingo was in colloquial use from 1690s (high jingo is attested from 1660s), and jingo here is apparently yet another euphemism for Jesus (it translates French Par Dieu), influenced by conjurer's gibberish presto-jingo (attested from 1660s). The frequent suggestion that it somehow derives from Basque Jinkoa "god" is "not impossible" but is "as yet unsupported by evidence" [OED].

"television set," U.S. slang, 1959, from boob "stupid person" + slang tube (n.) "television, television programming;" the original sets had vacuum tubes in them. It seems to have been popularized, if not coined, by William Ewald, television columnist for the UPI news wire, in a column resigning his position, which was widely reprinted in US newspapers in August, who headlined it variously.

To all those who say TV provides the sort of fare that they, ordinary people, like, I say shame on you for reveling in your ordinariness.

To all those who say there is room for all kinds of tastes, nonsense again. There is obviously a hierarchy of values in life—without it, we become vegetables. If you prefer to squander your free time on Lawrence Welk, The Texan, The Price Is Right and other drivel, it may be time for you to question your values. ['Sorehead' Calls It Quits As Boob Tube Chronicler," Tucson Daily Sun, Aug. 14, 1959]

mid-14c., "material consisting of a compacted web or felting of vegetable fibers, commonly as a thin, flexible sheet for writing, printing, etc.," from Anglo-French paper, Old French papier "paper, document," and directly from Latin papyrus "paper, paper made of papyrus stalks," from Greek papyros "any plant of the paper plant genus," a loan-word of unknown origin, often said to be Egyptian (see papyrus).

Sense of "essay, dissertation on a topic" is from 1660s. Meaning "bills of exchange, paper money" is attested by 1722. As "paper for covering the walls of interiors," 1764. As "printed sheet of news" (a shortened form of newspaper), attested by 1640s. Papers, "collection of documents which establish one's identity, standing, credentials, etc.," it is attested from 1680s.

Paper-clip is by 1875; paper-cutter as a type of machine is by 1969. Paper-hanger is by 1796. Paper-wasp " type of wasp that builds a nest out of paper-like material" is by 1805. Paper chase is by 1856 in British English for the game of hare-and-hounds, from the bits of paper scattered as "scent" by the "hares;" the slang meaning "effort to earn a diploma or college degree" is by 1932.

1839, European name for the babakoto, a lemur-like arboreal primate of Madagascar (Indris Lichanotus); the common story since late 19c. is that the name was given in error by French naturalist Pierre Sonnerat (1748-1814), c. 1780, from mistaken use of Malagasy indry! "Look! See!" this being what his native guides said when they spotted the creature and called his attention to it.

However, as Hacking (1981) pointed out, Sonnerat was far too familiar with indris — he described and figured them in detail, and apparently kept at least one in captivity — for this story to be plausible. Furthermore, endrina is actually recorded as a native name for the indri (Cousins, 1885), and indri could easily be a variant of this name. Although the word endrina is first recorded in Malagasy only in 1835, there is no evidence that it could be a back-formation from the French indri (Hacking, 1981), and it seems implausible that the Malagasy would adopt an erroneous French name for an animal they were them selves familiar with. [Dunkel, Alexander R., et al., "Giant rabbits, marmosets, and British comedies: etymology of lemur names, part 1," in "Lemur News," vol. 16, 2011-2012, p.67]

Old English godspel "glad tidings announced by Jesus; one of the four gospels," literally "good spell," from god "good" (see good (adj.)) + spel "story, message" (see spell (n.1)). A translation of Latin bona adnuntiatio, itself a translation of Greek euangelion "reward for bringing good news" (see evangel). The first element of the Old English word originally had a long "o," but it shifted under mistaken association with God, as if "God-story" (i.e. the history of Christ).

The mistake was very natural, as the resulting sense was much more obviously appropriate than that of 'good tidings' for a word which was chiefly known as the name of a sacred book or of a portion of the liturgy. [OED]

The word passed early from English to continental Germanic languages in forms that clearly indicate the first element had shifted to "God," such as Old Saxon godspell, Old High German gotspell, Old Norse goðspiall. Used of anything as true as the Gospel from mid-13c.; as "any doctrine maintained as of exclusive importance" from 1650s. As an adjective from 1640s. Gospel music is by 1955. Gospel-gossip was Addison's word ("Spectator," 1711) for "one who is always talking of sermons, texts, etc." 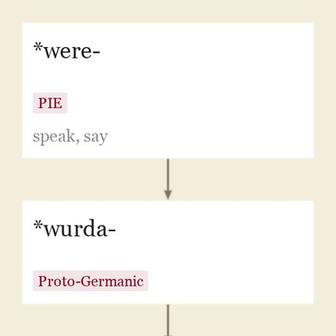 The fable which is naturally and truly composed, so as to satisfy the imagination, ere it addresses the understanding, beautiful though strange as a wild-flower, is to the wise man an apothegm, and admits of his most generous interpretation. When we read that Bacchus made the Tyrrhenian mariners mad, so that they leapt into the sea, mistaking it for a meadow full of flowers, and so became dolphins, we are not concerned about the historical truth of this, but rather a higher poetical truth. We seem to hear the music of a thought, and care not If the understanding be not gratified. [Thoreau, "A Week on the Concord and Merrimack Rivers"]

According to some, it is from Latin nausea "disgust, annoyance, discomfort," literally "seasickness" (see nausea). According to others, it is from Latin noxia "hurting, injury, damage." OED considers that "the sense of the word is against both suggestions," but nausea could have developed a sense in Vulgar Latin of "unpleasant situation, noise, quarrel" (compare Old Provençal nauza "noise, quarrel"). Confusion with annoy, noisome, and other similar words seems to have occurred.

From c. 1300 as "a disturbance; report, rumor, scandal." In Middle English sometimes also "a pleasant sound." In 16c.-17c. "a band or company of musicians." Noises off, as a stage instruction in theater, "sound effects, usually loud and confused, made off stage but to be heard by the audience as part of the play," is by 1908.