type of photograph on glass with lights given by silver and shades by a dark background showing through, 1855, American English, apparently from Greek ambrotos "immortal, imperishable" (see ambrosia), with second element from daguerreotype.

1776, "dense growth of trees and other tangled vegetation," such as that of some regions  in India, from Hindi jangal "desert, forest, wasteland, uncultivated ground," from Sanskrit jangala-s "arid, sparsely grown with trees," a word of unknown origin.

Extended by 1849 to other places overgrown by vegetation in a wild, tangled mass. Figurative sense "wild, tangled mass" of anything is from 1850. Meaning "place notoriously lawless and violent" is first recorded 1906, from Upton Sinclair's novel. Meaning "hobo camp" is from 1908.

Asphalt jungle (1949) is from William R. Burnett's novel title, made into a film 1950 by John Huston; blackboard jungle (1954) is from Evan Hunter's novel title and 1955 movie. Jungle fever "remittent malignant fever prevalent in India and tropical regions" is from 1803. Jungle gym appears in advertisements from 1921, originally one word, made by Junglegym Inc., Chicago, U.S. Jungle bunny, derogatory for "black person," is attested by 1966.

1942, apparently first attested in the Walt Disney movie "Bambi" (there also was a song by that name but it was not in the studio release of the film), a past-participle adjective formed from twitter in the "tremulous excitement" noun sense (1670s) + pate (n.2) "head" (compare flutterpated, 1894).

Thumper: Why are they acting that way?

Friend Owl: Why, don't you know? They're twitterpated.

Friend Owl: Yes. Nearly everybody gets twitterpated in the springtime. For example: You're walking along, minding your own business. You're looking neither to the left, nor to the right, when all of a sudden you run smack into a pretty face. Woo-woo! You begin to get weak in the knees. Your head's in a whirl. And then you feel light as a feather, and before you know it, you're walking on air. And then you know what? You're knocked for a loop, and you completely lose your head! 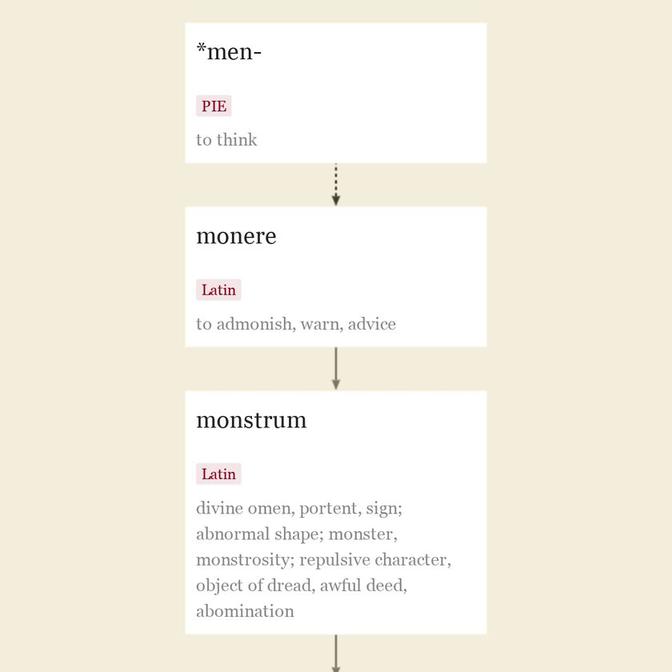 "sideshow freak," 1916, U.S. carnival and circus slang, perhaps a variant of geck "a fool, dupe, simpleton" (1510s), apparently from Dutch gek or Low German geck, from an imitative verb found in North Sea Germanic and Scandinavian meaning "to croak, cackle," and also "to mock, cheat" (Dutch gekken, German gecken, Danish gjække, Swedish gäcka). The modern form and the popular use with reference to circus sideshow "wild men" is from 1946, in William Lindsay Gresham's novel "Nightmare Alley" (made into a film in 1947 starring Tyrone Power).

By c. 1983, used in teenager slang in reference to peers who lacked social graces but were obsessed with new technology and computers (such as the Anthony Michael Hall character in 1984's "Sixteen Candles").

geek out vi. To temporarily enter techno-nerd mode while in a non-hackish context, for example at parties held near computer equipment. [Eric S. Raymond, "The New Hacker's Dictionary," 1996] 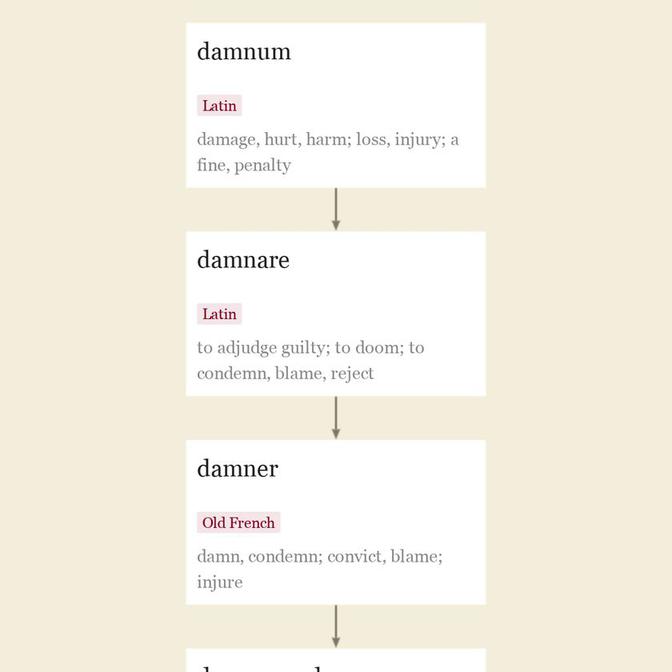 Old English hit, neuter nominative and accusative of third person singular pronoun, from Proto-Germanic demonstrative base *khi- (source also of Old Frisian hit, Dutch het, Gothic hita "it"), from PIE *ko- "this" (see he). Used in place of any neuter noun, hence, as gender faded in Middle English, it took on the meaning "thing or animal spoken about before."

The h- was lost due to being in an unemphasized position, as in modern speech the h- in "give it to him," "ask her," is heard only "in the careful speech of the partially educated" [Weekley]. It "the sex act" is from 1610s; meaning "sex appeal (especially in a woman)" first attested 1904 in works of Rudyard Kipling, popularized 1927 as title of a book by Elinor Glyn, and by application of It Girl to silent-film star Clara Bow (1905-1965). In children's games, the meaning "the one who must tag or catch the others" is attested from 1842.

From Old English as nominative of an impersonal verb or statement when the thing for which it stands is implied (it rains, it pleases me). After an intransitive verb, used transitively for the action denoted, from 1540s (originally in fight it out). That's it "there is no more" is from 1966; this is it "the anticipated or dreaded moment has arrived" is from 1942.

"one who refuses obedience to a superior or controlling power or principle; one who resists an established government; person who renounces and makes war on his country for political motives," mid-14c., originally in reference to rebellion against God, from rebel (adj.).

The Civil War's rebel yell is attested from 1862, but the thing itself is older and was said to have been picked up by (then) southwestern men in their periodic wars against the Indians.

The Southern troops, when charging or to express their delight, always yell in a manner peculiar to themselves. The Yankee cheer is more like ours; but the Confederate officers declare that the rebel yell has a particular merit, and always produces a salutary and useful effect upon their adversaries. A corps is sometimes spoken of as a 'good yelling regiment.' [A.J.L. Fremantle, "The Battle of Gettysburg and the Campaign in Pennsylvania," in Blackwood's Edinburgh Magazine, Sept. 1863]

Rebel without a cause is from the title of the 1955 Warner Bros. film, a title said to have been adopted from psychiatrist Robert M. Linder's 1944 classic "Rebel Without a Cause," which follows the successful analysis and hypnosis of a criminal psychopath but otherwise has nothing to do with the movie.