"of or pertaining to monotheism; believing that there is but one god," 1805, from monotheist + -ic.

The day name (second element dæg, see day) is a translation of Latin dies Martis (source of Italian martedi, French Mardi) "Day of Mars," from the Roman god of war, who was identified with Germanic Tiw (though etymologically Tiw is related to Zeus), itself a loan-translation of Greek Areos hēmera. In cognate German Dienstag and Dutch Dinsdag, the first element would appear to be Germanic ding, þing "public assembly," but it is now thought to be from Thinxus, one of the names of the war-god in Latin inscriptions. 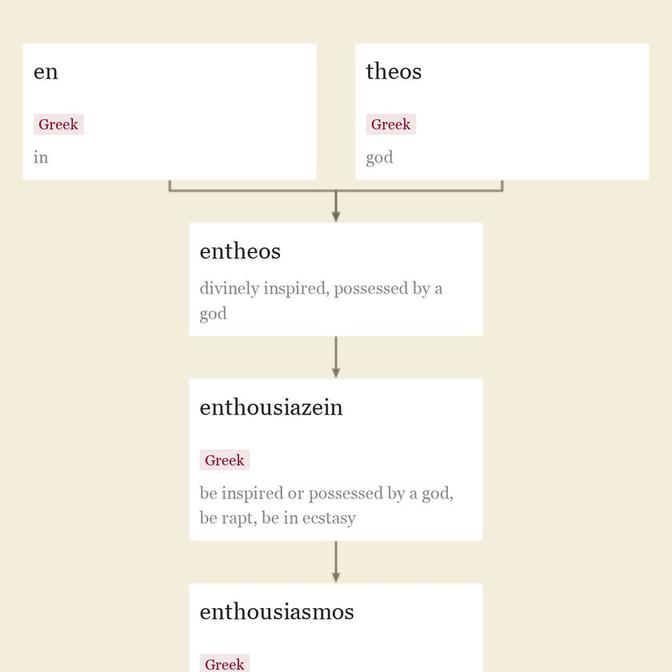 Greek god of wine and revelry, a later name of Dionysus, late 15c., from Latin Bacchus, from Greek Bakkhos, which is perhaps related to Latin bacca "berry, fruit of a tree or shrub" (see bay (n.4)), or from an Asian language. He was perhaps originally a Thracian fertility god.

first attested in English in Byron, from Arabic bi'smillah(i) "in the name of God" (Allah). 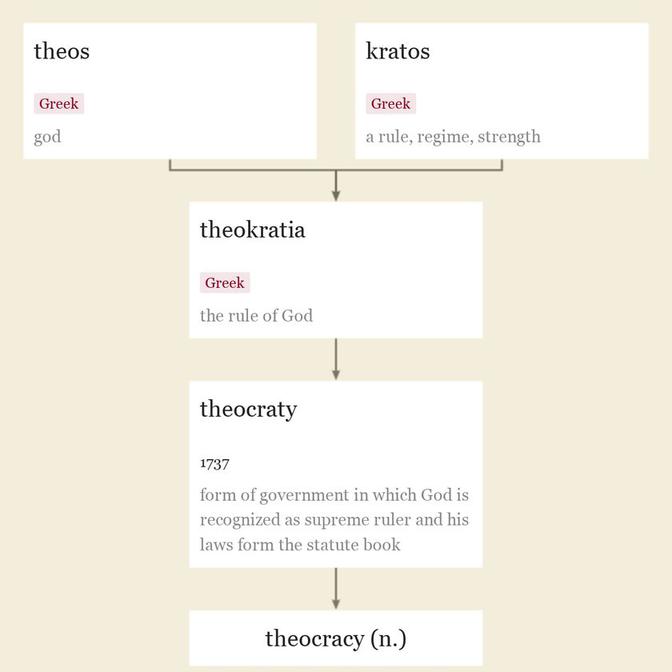 1737; earlier as un-Latinized theocraty (1620s), "form of government in which God is recognized as supreme ruler and his laws form the statute book," originally of the sacerdotal government of Israel before the rise of kings, from later Greek theokratia (Josephus), literally "the rule of God," from theos "god" (from PIE root *dhes-, forming words for religious concepts) + kratos "a rule, regime, strength" (see -cracy). Meaning "priestly or religious body wielding political and civil power" is recorded from 1825. Related: Theocratic (1741).

late 14c., "irreligious, not god-fearing, not in accordance with the laws of God," from un- (1) "not" + godly (adj.). Similar formation in Middle Dutch ongodelijc, German ungöttlich, Middle Swedish ogudhlik. Colloquial sense of "extremely annoying" is recorded from 1887.