Together with Greek onos it is conjectured to be from a language of Asia Minor (compare Sumerian ansu). The initial vowel of the English word might be by influence of Celtic forms (Irish and Gaelic asal), from Old Celtic *as(s)in "donkey." In Romanic tongues the Latin word has become Italian asino, Spanish asno, Old French asne, French âne.

In familiar use, the name ass is now to a great extent superseded by donkey (in Scotland cuddie); but ass is always used in the language of Scripture, Natural History, proverb, and fable; also, in ordinary use, in Ireland. [OED]

Sure-footed and patient in domestication, yet since ancient Greek times in fables and parables the animal has typified clumsiness and stupidity (hence ass-head, late 15c., etc.). To make an ass of oneself is from "A Midsummer Night's Dream" (1590). Asses' Bridge (c. 1780), from Latin Pons Asinorum, is fifth proposition of first book of Euclid's "Elements." In Middle English, someone uncomprehending or unappreciative would be lik an asse that listeth on a harpe. In 15c., an ass man was a donkey-driver. 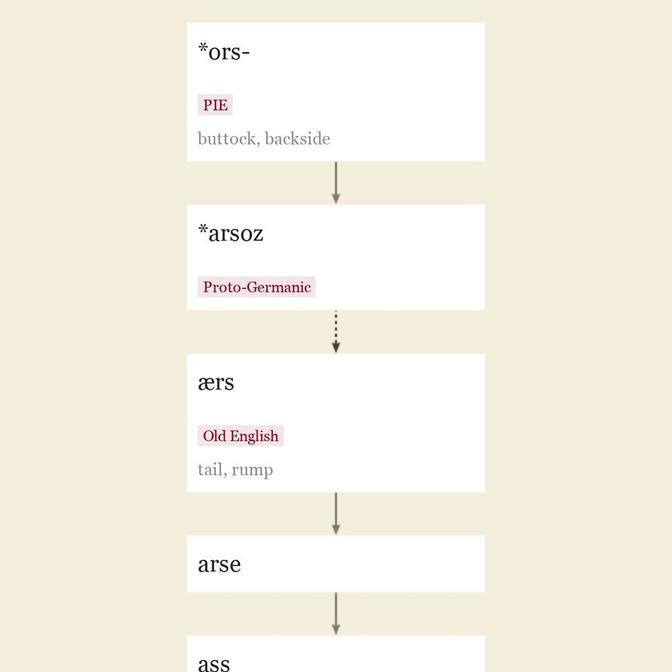