Proverbial expression many hands make light work is from c. 1300. To have (one's) work cut out for one is from 1610s; to have it prepared and prescribed, hence, to have all one can handle. Work in progress is from 1930 in a general sense, earlier as a specific term in accountancy and parliamentary procedure.

Work is less boring than amusing oneself. [Baudelaire, "Mon Coeur mis a nu," 1862]

Work and play are words used to describe the same thing under differing conditions. [attributed to Mark Twain] 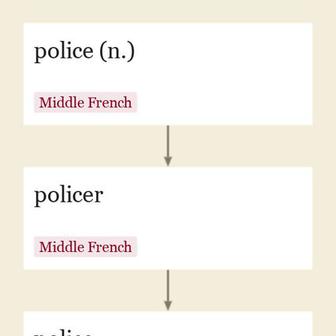 Sense of "perform physical labor" was in Old English, as was sense "ply one's trade" and "exert creative power, be a creator." Transitive sense "manipulate (physical substances) into a desired state or form" was in Old English. Meaning "have the expected or desired effect" is from late 14c. In Middle English also "perform sexually" (mid-13c.). Related: Worked (15c.); wrought; working.

To work in "insert, introduce or intermix," as one material with another, is by 1670s; hence the figurative sense "cause to enter or penetrate by repeated efforts." To work up (transitive) "bring into some state or condition" is by 1590s of material things, 1690s of immaterial things; hence "bring by labor or special effort to a higher state or condition" (1660s). The meaning "excite, stir up, raise, rouse" is from c. 1600. To work over "beat up, thrash" is from 1927. To work against "attempt to subvert" is from late 14c.

How to keep little children busy while not reciting, is the despair of many a teacher. Miss Goodyear solves the problem by introducing a modification of the kindergarten occupations, which she denominates "busy work." Tablets, rings, slats, weaving, and the like, drawing, writing, all are laid under contribution. In this way the interest of the little folk is aroused and directed. ["Annual Report of the State Superintendent of Education, of the State of South Carolina," 1886]