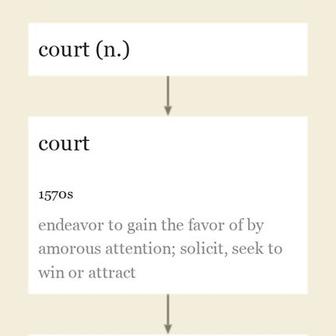 late 14c., "warlike, of or pertaining to war," from Medieval Latin martialis "of Mars or war," from Latin Mars (genitive Martis), Roman god of war (see Mars). The sense of "connected with military organizations" (opposed to civil) is from late 15c. and survives in court-martial. Also, occasionally (with a capital M-), "pertaining to or resembling the planet Mars" (1620s). Related: Martially. Martial law, "military rule over civilians," first recorded 1530s. Martial arts (1909) as a collective name for the fighting sports of Japan and the surrounding region translates Japanese bujutsu. 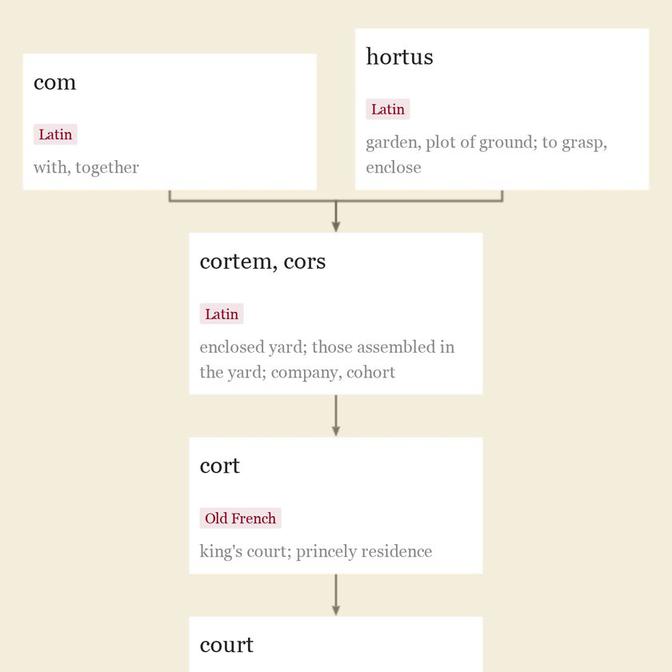 also kung-fu, 1966, a generalized Western term for Chinese martial arts, from dialectal Chinese kung fu, a term said to refer to any skill acquired through learning or practice.

"one who attends the court of a sovereign," c. 1300, courteour (early 13c. as a surname), from Anglo-French *corteour, from Old French cortoiier "to be at court, live at court," from cort "king's court; princely residence" (see court (n.)).

"person not interested or employed in a cause who wishes to make a suggestion to the court," 1610s, Latin, literally "friend of the court;" plural is amici curiae. From Latin amicus "friend," related to amare "to love" (see Amy) + curia "court" (see curia).