1610s, "having the quality or power of determining," from Medieval Latin decisivus, from Latin decis-, past participle stem of decidere "to cut off; decide" (see decide). Meaning "marked by prompt determination" is from 1736. Compare decided. Related: Decisively; decisiveness.

"resolute, free from hesitation or wavering," 1790, past-participle adjective from decide. A decided victory is one the reality of which is not in doubt; a decisive one goes far toward settling some issue. Meaning "free from ambiguity or uncertainty" also is from 1790. Related: Decidedly.

"pertaining to a conclusion," 1807, from Latin stem of conclude + -ory. Probably coined because in conclusive the "decisive" sense had come to predominate.

early 15c., crise, crisis, "decisive point in the progress of a disease," also "vitally important or decisive state of things, point at which change must come, for better or worse," from Latinized form of Greek krisis "turning point in a disease, that change which indicates recovery or death" (used as such by Hippocrates and Galen), literally "judgment, result of a trial, selection," from krinein "to separate, decide, judge," from PIE root *krei- "to sieve," thus "discriminate, distinguish."

Transferred non-medical sense is 1620s in English. A German term for "mid-life crisis" is Torschlusspanik, literally "shut-door-panic," fear of being on the wrong side of a closing gate.

Related entries & more
tug (n.)
mid-14c., in reference to some part of a harness;" c. 1500 as "act of pulling or dragging," from tug (v.). Meaning "small, powerful vessel for towing other vessels" is recorded from 1817. Phrase tug of war (1670s) was originally figurative, "the decisive contest, the real struggle," from the noun in the sense "supreme effort, strenuous contest of forces" (1650s). As an actual athletic event, from 1876.
Related entries & more
crucial (adj.)

1706, "cross-shaped, having the form of an X," from French crucial, a medical term for ligaments of the interior of the knee-joint (which cross each other), from Latin crux (genitive crucis) "cross" (see crux).

The meaning "decisive, critical, finally disproving one of two alternative suppositions" (1830) is extended from a logical term, Instantias Crucis, adopted by Francis Bacon (1620); the notion is of cross fingerboard signposts at forking roads, thus a requirement to choose.

1610s, "occurring at the end," from French conclusif, from Late Latin conclusivus, from conclus-, past participle stem of Latin concludere "to shut up, enclose," from assimilated form of com "together" (see con-) + -cludere, combining form of claudere "to shut" (see close (v.)). Meaning "definitive, decisive, convincing, being so forcible as not to admit of contradiction" (on the notion of "leading to a logical conclusion," and thus putting an end to debate) is from 1640s. Related: Conclusiveness. 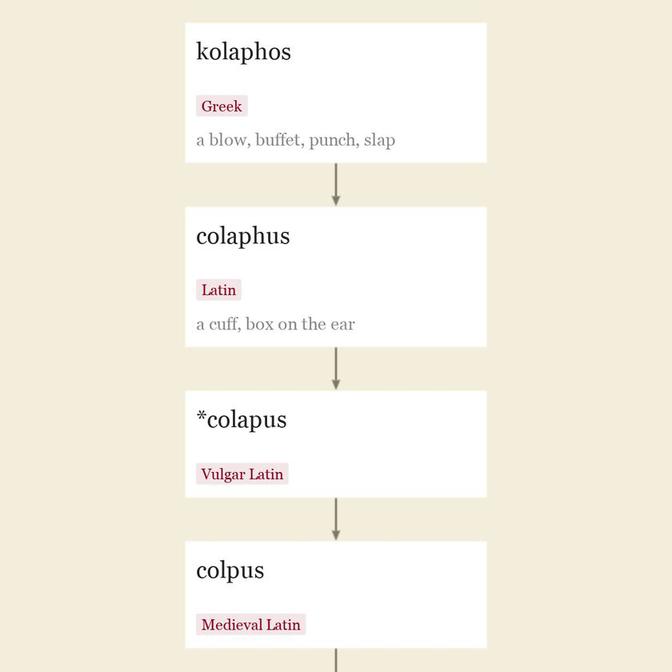 Meaning "a sudden decisive act" is 1852, short for coup d'etat. In Modern French the word is a workhorse, describing everything from a pat on the back to a whipping, and is used as well of thunder, gusts of wind, gunshots, and chess moves.