WHERE the RIVER BEGINS 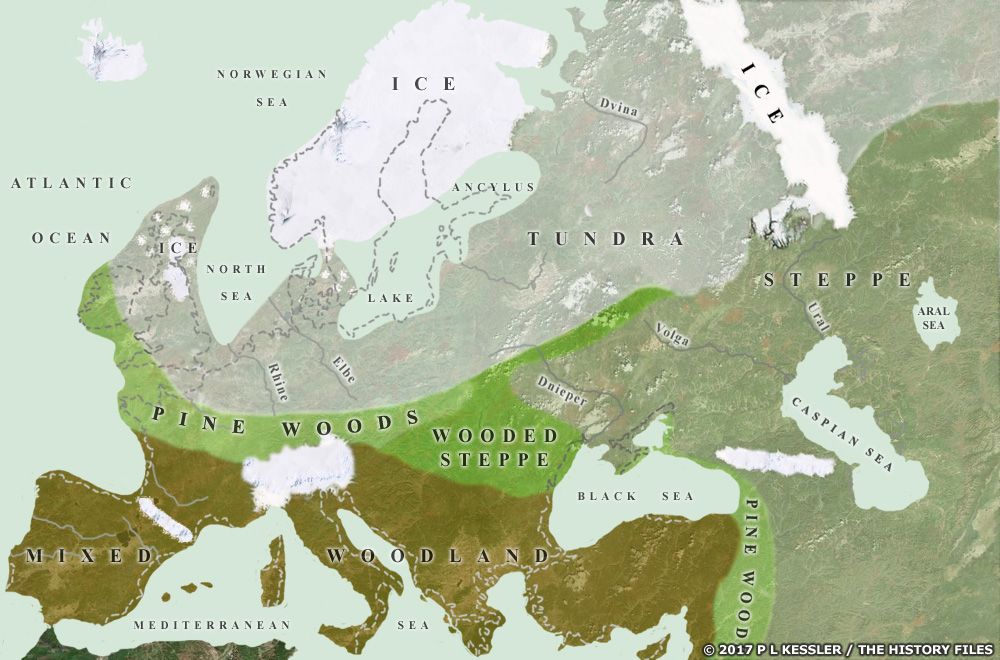 English, from Middle French, from Late Latin, from Latin, from *Proto-Italic, from *Proto-Indo-European, a description of transmission of entwined sound and sense in a mouthful of air. Broken mirrors plucked out of the midden-heap of old Eurasia, laid out in a line. But in them the elevator-rush of time travel.

It seems at first as random as a shuffled deck, but when you cross-pollinate linguistics with paleo-climatology, the sense of it comes to focus. Beech mast was an ancient food source for agricultural animals across a wide stretch of Eastern Europe. But there were no beeches in Greece proper in the European climate at one time. There, the oak would have been the fruit-bearing tree par excellence for animal fodder. The tree was defined by its use, less than its species, as a post-Enlightenment mind would see it.

English fir matches up etymologically with Latin quercus "oak." According to Indo-Europeanists, the meaning in the ancient word at the root of them both was "oak" and also "mountain forest," because oaks were the chief tree in upland regions in southern Europe. And, for a time, northern Europe, according to pollen dredged up from old bogs and lakes. But as the climate turned cooler again, the oaks retreated and conifers became the dominant mountain tree. There are relics of this sense in "fir"-related words in Germanic, such as Gothic fairgunni "mountainous region" and Old English firgen "mountain forest."

And then you pause to look at the time scale of the climatology when these semantic shifts would have happened, and you realize you're standing face to face with a human artifact that has fossilized within it a specific experience from about 5,000 B.C. On rare occasions these words laid one after the other along the centuries align in just the right tilt and you can glimpse far down that well and catch light from something unimaginably ancient but recognizably human; the cognate of the paint-print hand on the cave wall, or a breath of meadow-air from the spring after the Ice Age.