"one warm line through a land so wide and savage" 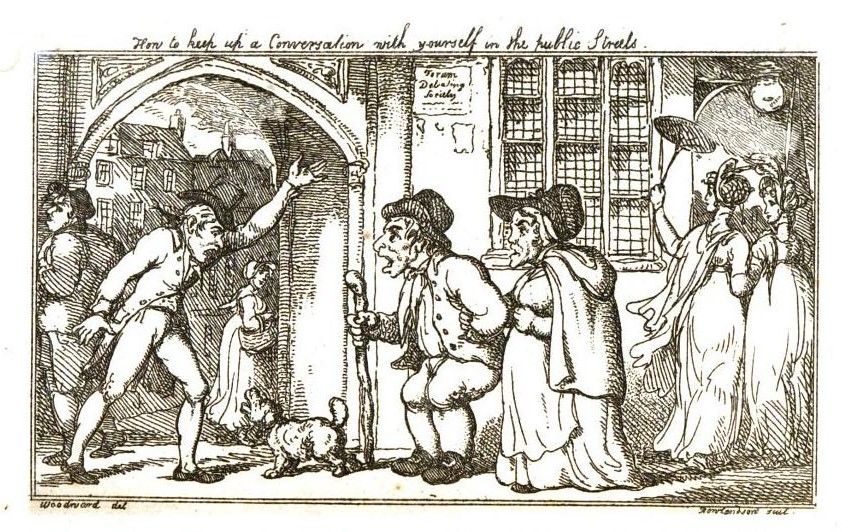 "Trivia" is simple: Latin tri-via — a "three-way," in any sense you choose -- to the Romans, it was especially "place where three roads meet" and thus also "an open place, a public place, street, highway."

None of that came into English.

When the education system of the Middle Ages in Western Europe began to congeal around the idea of the seven liberal  arts (attainments directed to intellectual enlargement rather than practical purpose, and thus deemed worthy of a "free" man), the first three of them, grammar, rhetoric, and logic, began to be called the trivium in Medieval Latin.

This use seems to be independent of the classical ones: "the three ways" to knowledge, not a forking path, not vulgar: There was nothing "trivial" in the modern sense about the trivium; they laid essential foundations and required hard work. If you meet "trivial" in English in the 16th or 17th century, that is what it means.

This, too, has all but died out in English.

In 1716 along comes John Gay, a friend of the better-known literary lights of his age (Swift, Pope, Congreve), useful, full of fun, and not good enough at the craft to be a serious rival. Satire and mockery were the age's pleasure, and Gay had a knack for the style.

Dryden had made Virgil's "Georgics" suddenly popular in England, and the presses rained down poorly written poems on agrarian life and rustic arts. Gay, in the manner of Swift, turned these on their heads by writing mock Georgics. He set one in filthy London instead of the pure country air, and instead of the arts of the field he described the necessary skills for walking city streets without being robbed by whores, brawling over who should walk on the clean part of the pavement, or having a chamber-pot emptied on your head.

The wit is as good as Swift or Pope, but the meter is not as sure. To be a proper Georgic, Gay's poem had to address the gods, and he chose "Trivia" as his goddess-muse.

Through Winter Streets to steer your Course aright,

How to walk clean by Day, and safe by Night,

How jostling Crouds, with Prudence, to decline,

When to assert the Wall, and when resign,

I sing: Thou Trivia, Goddess, aid my Song,

and so forth. The Romans had used trivius dea in reference to the triple aspect of the goddess Hecate  (Selene/Diana/Proserpine), who sometimes was presented as having three heads or as three connected figures of women. The witch-goddess (perhaps because of this triune nature) also was associated with three-way crossroads (Virgil has Nocturnisque hecate triviis ululata per urbes), and she was especially worshipped or feared at such places.

Gay took this minor Roman goddess Trivia and elevated her to patroness of streets and roads for the sake of his satire, which he titled "Trivia: or, the Art of Walking the Streets of London."

[Gay did score one lasting success, "The Beggar's Opera," written in 1728. Two centuries later it was brought to the stage in Berlin, worked over and translated but little changed, by Bertolt Brecht and Kurt Weill as "Die Dreigroschenoper," with songs that have since become standards, including "Mack the Knife."]

For the next two centuries, the word trivia would turn up occasionally in English in reference to Gay's poem, or to the Roman goddess, or to a genus of small sea snails resembling cowries that had been given that name.

Gay's poem faded as verse, but it held the interest of later scholars of early 18th century England for its vivid, detailed, and probably realistic description of the London cityscape.  One of its readers was L.P. Smith, son of a rich Quaker family from New Jersey living as an expat scholar in Britain and trying to forge his own style as a writer.

Smith was "best known for the company he kept;" a friend of the better-known literary lights of his age (Whitman, William James, Edith Wharton), useful, full of fun, and not good enough at the craft to be a serious rival. In 1902 he published a collection of short narrative observations of the daily and commonplace. He borrowed the title from Gay's poem, and called it "Trivia."

It didn't make much of an impression, but when he got a publisher to print an expanded edition in 1918, it became a big seller. "More Trivia" followed in 1921 and a collected edition including both in 1933. Smith was a "philosophical butterfly-collector" in the words of one critic, and his "Trivia" is lightweight stuff now (some people thought it was then), but it was defended by Smith's many literary friends. Virginia Woolf (Smith's niece had married Woolf's brother) penned a review that defended "Trivia" and has been oft-quoted by Woolf's students as indicative of her own stylistic thinking:

"... it is his purpose to catch and enclose certain moments which break off from the mass, in which without bidding things come together in a combination of inexplicable significance, to arrest those thoughts which suddenly, to the thinker at least, are almost menacing with meaning. Such moments of vision are of an unaccountable nature; leave them alone and they persist for years; try to explain them and they disappear; write them down and they die beneath the pen."

By 1932, trivia was being used in American English for "small facts and details of possible interest but no great importance," probably based on the since-faded popularity of Smith's book.

In the early 1960s it was the name college students gave to an informal game wherein one asked questions about useless bits of information from popular culture and others vied to answer first.

Nobody really wins in this game which concentrates on sports, comics and television. Everyone knows that Amos's wife on the "Amos 'n' Andy Show" is Ruby, but who knows that she is from Marietta, Georgia? Trivia players do. They also know the fourth man in the infield of Tinker-to-Evers-to-Chance, the Canadian who shot down Baron Von Richtofen, and can name ten Hardy Boy books. ["Princeton Alumni Weekly," Nov. 9, 1965]

The board game Trivial Pursuit was released 1982 and was a craze in U.S. for several years thereafter. By then trivia was cemented in its modern sense. Brought to you by Virgil, Dryden, John Gay (with an assist to Swift and Pope) and L.P. Smith, and also featuring Virginia Woolf and Mack the Knife.

I KNOW too much; I have stuffed too many of the facts of History and Science into my intellectuals. My eyes have grown dim over books; believing in geological periods, cave dwellers, Chinese Dynasties, and the fixed stars has prematurely aged me. ["Trivia," 1918 edition]