One of the oldest English etymological urban legends seems to be having a moment. 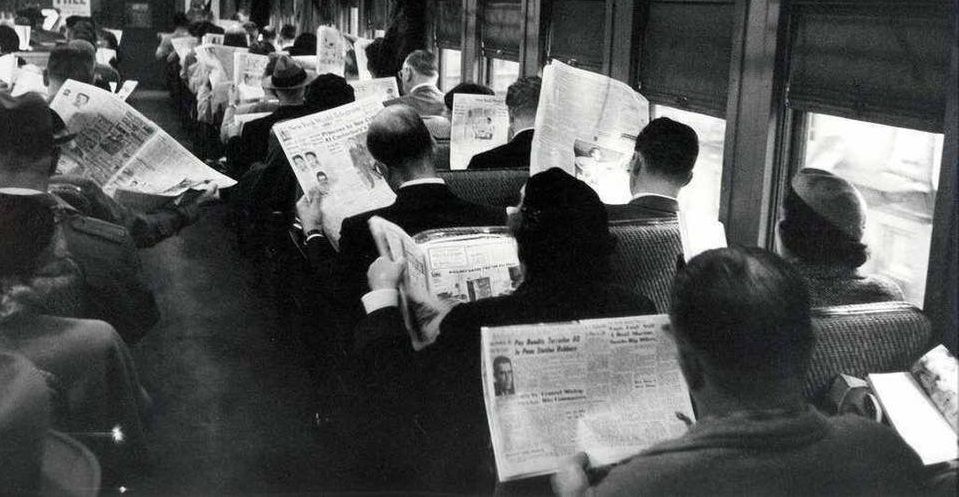 News is not an acronym of "north east south west," as though "information from all quarters of the compass." That false etymology goes back at least to 1640, when it was a joke. News is "new things;" it's simply the plural of new "a new thing," a Middle English noun use of the adjective new. The specific English use of news probably is modeled on French nouvelles, which was used in Bible translations to render Medieval Latin nova (a neuter plural) "news," literally "new things."

English had news centuries before it had a newspaper (or a cable news network, or an internet newsgroup). That the word grows out of the New Testament shouldn't surprise anyone (look at the book's name). Evangelist is from Greek euangelistes "preacher of the gospel," literally "bringer of good news," from eu- "good" + angellein "announce," from angelos "messenger" (source of angel). One of the best-selling modern versions of the book in English is popularly called the Good News Bible.

The English word news, though a plural, was construed as singular at least from the 1560s, though it sometimes took a plural verb inflection even into the 19th century. That odd and doubtful construction probably opened the door for the "north-east-west-south" joke. A joke it was: Its original appearance in 1640 was in a jest-book, and it was repeated in jest-books throughout the 18th century, which is almost the only place you can find it then.

Now, it's passed around online as truish; it's hard to say if people believe it or not. Accuracy doesn't even seem to enter the calculation; what matters is to post something that ranks as clever to your peer group and gets lots of likes and "mind-blown" GIFs.

When it's told by people who pass it off as true, and don't try to know better, the joke becomes a lie. There's even a new, expanded version of the acronym lie that extends it to newspaper and is too false for anyone but a flaming nit-wit to believe.

We tend to mock the past for gullibility and simplicity. But we live now in a time when the things the past knew as jokes are passed round as truths. The dead leaves scuttle in circles in the streets and Randall Jarrell's quip rings in my head: "Soon we shall know everything the 18th century didn't know, and nothing it did, and it will be hard to live with us."