Kindergarten means a garden of children, and Froebel, the inventor of it, or rather, as he would prefer to express it, the discoverer of the method of Nature, meant to symbolize by the name the spirit and plan of treatment. How does the gardener treat his plants? He studies their individual natures, and puts them into such circumstances of soil and atmosphere as enable them to grow, flower, and bring forth fruit, -- also to renew their manifestation year after year. [Mann, Horace, and Elizabeth P. Peabody, “Moral Culture of Infancy and Kindergarten Guide,” Boston, 1863] 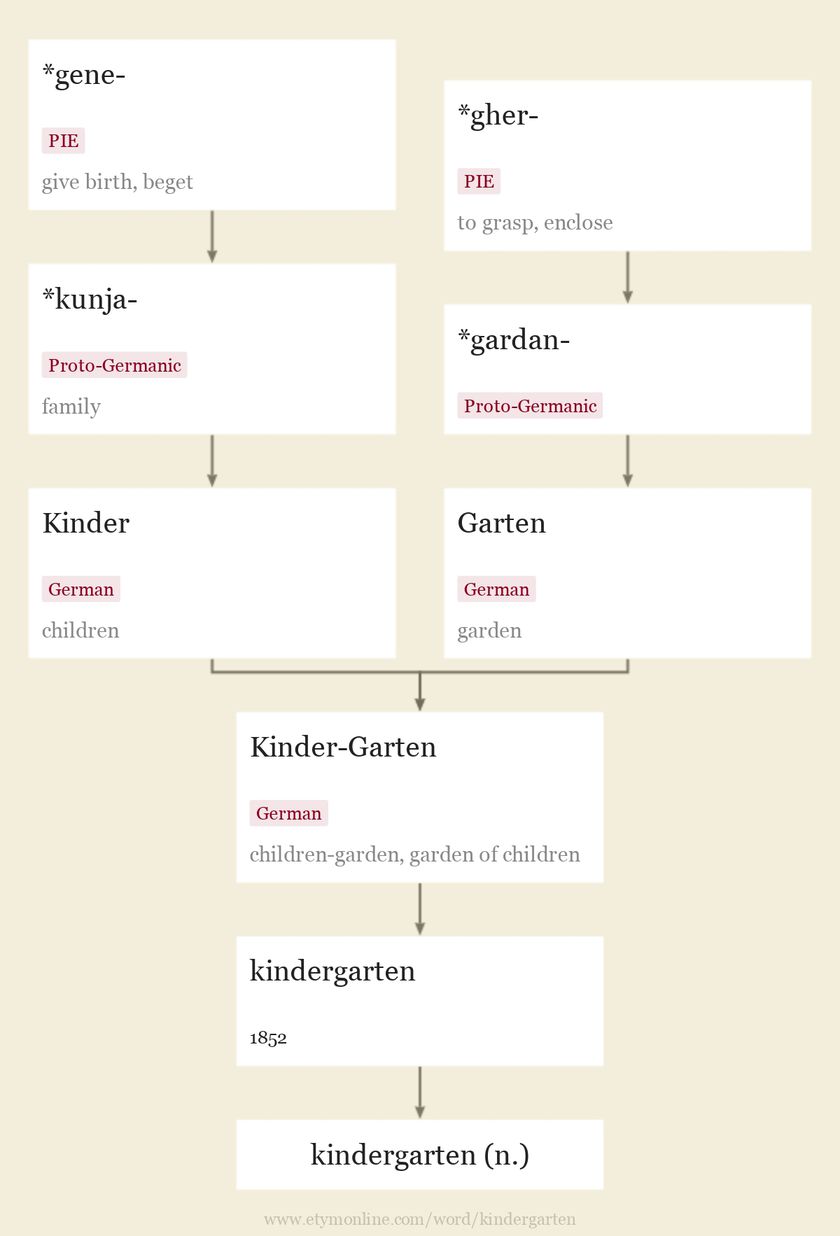 Related to both words kind and to child. From 1590s as an adjective, from the noun and as a shortening of akin. Legal next of kin (1540s) does not include the widow, "she being specifically provided for by the law as widow" [Century Dictionary], and must be a blood relation of the deceased.

Advertisement
Advertisement
Definitions of kindergarten
kindergarten (n.)
a preschool for children age 4 to 6 to prepare them for primary school;
From wordnet.princeton.edu