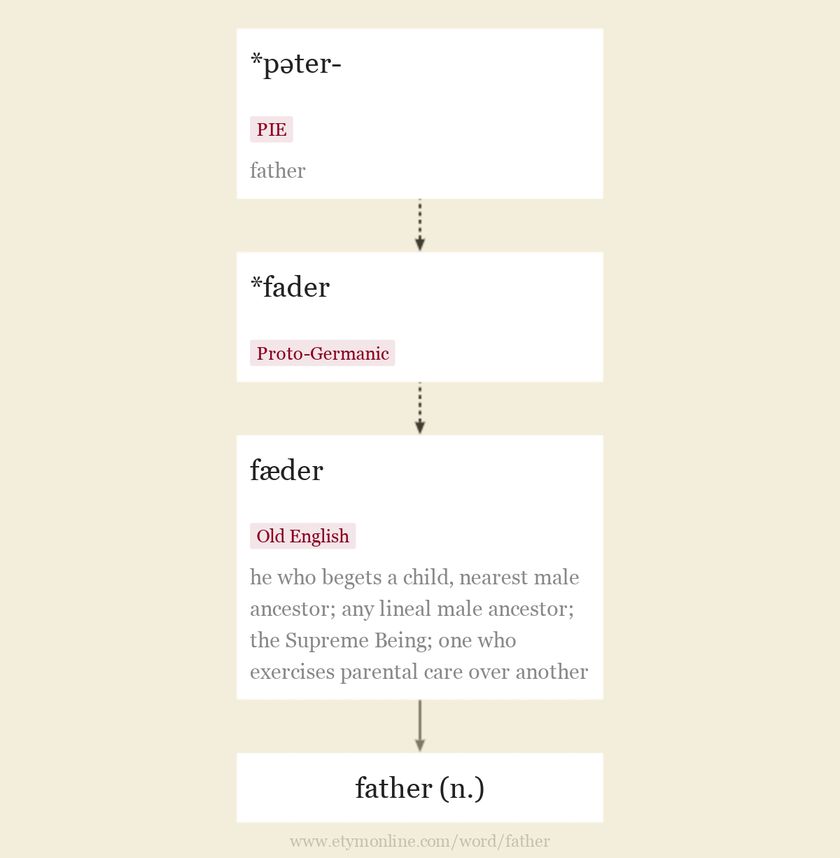 Advertisement
Definitions of father from WordNet
1
father (n.)
a male parent (also used as a term of address to your father);

his father was born in Atlanta

Synonyms: male parent / begetter
father (n.)
the founder of a family;
Synonyms: forefather / sire
father (n.)
a person who holds an important or distinguished position in some organization;

the tennis fathers ruled in her favor

the city fathers endorsed the proposal

father (n.)
a person who founds or establishes some institution;

George Washington is the father of his country

Synonyms: beget / get / engender / mother / sire / generate / bring forth
3
Father (n.)
`Father' is a term of address for priests in some churches (especially the Roman Catholic Church or the Orthodox Catholic Church); `Padre' is frequently used in the military;
Synonyms: Padre
Father (n.)
(Christianity) any of about 70 theologians in the period from the 2nd to the 7th century whose writing established and confirmed official church doctrine; in the Roman Catholic Church some were later declared saints and became Doctor of the Church; the best known Latin Church Fathers are Ambrose, Augustine, Gregory the Great, and Jerome; those who wrote in Greek include Athanasius, Basil, Gregory Nazianzen, and John Chrysostom;
Synonyms: Church Father / Father of the Church
Father (n.)
God when considered as the first person in the Trinity;
Synonyms: Father-God / Fatherhood
From wordnet.princeton.edu