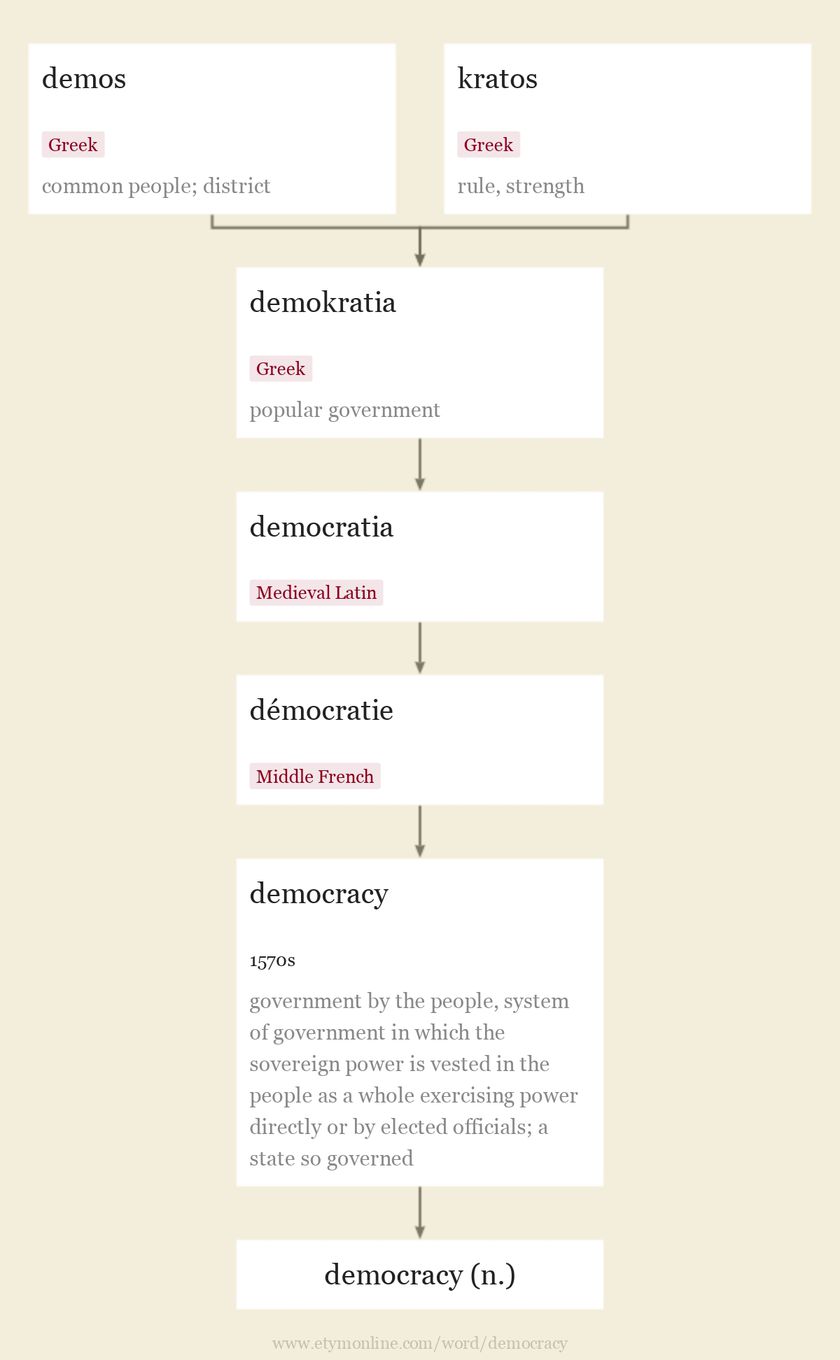 Advertisement
Definitions of democracy from WordNet
democracy (n.)
the political orientation of those who favor government by the people or by their elected representatives;
democracy (n.)
a political system in which the supreme power lies in a body of citizens who can elect people to represent them;
Synonyms: republic / commonwealth
democracy (n.)
the doctrine that the numerical majority of an organized group can make decisions binding on the whole group;
Synonyms: majority rule
From wordnet.princeton.edu